Bear Grylls is a passionate adventurer, widely know for his career as a TV presenter of the likes of The Island and Running Wild with Bear Grylls. From crossing the North Atlantic Ocean unassisted to summiting Mount Everest and paramotoring over the Himalayas, there is little that Bear has not attempted to explore. A published author and Chief Ambassador of The Scout Association, Bear is now also booked as a speaker for corporate events to share his expertise on teamwork, leadership and going the extra mile.

Known globally for his daring feats of adventure, Bear Grylls is an icon of survival and outdoor exploration. Currently well known for his occupation as a television presenter, Bear has traversed the world exploring beauty spots and tackling the earth’s oceans and mountains. Also a former member of the military, Bear has continually honed his skills in teamwork, leadership and thriving under pressure, all topics of which he shares as a motivational speaker.

Before forging his successful media career, Bear served in 21 SAS as part of the Territorial Army. During his time in service, Bear built his passions for survival and the outdoors- trained in everything from unarmed combat to winter warfare and desert survival. Unfortunately, Bear’s service in 21 SAS was cut short by a parachuting accident, but he has since gone on to receive honorary ranks of Lieutenant Commander in the Royal Naval Reserve and Lieutenant Colonel in the Royal Marines Reserve. After leaving 21 SAS, Bear began to pursue his love of adventure and reached his childhood dream of summiting Mount Everest in 1998- a feat that put him amongst some of the youngest British people to scale the mountain.

Since his first expedition, Bear has completed many other impressive feats. He has circumnavigated the British Isles on jet skis, crossed the North Atlantic Ocean unassisted, set a World Record for the highest open-air formal dinner party, paramotoring over the Himalayas, set a Guinness World Record for the longest continuous indoor freefall and led expeditions through the Northwest Passage and to Antarctica. Such expeditions have led Bear to present survival and outdoor adventure-themed TV programmes. He has presented The Island, Running Wild with Bear Grylls, Bear’s Wild Weekend, Get Out Alive, Mission Survive, Bear Grylls Survival School and many more.

Bear has also become a published author, writing titles such as Survivor: Bear Grylls, Facing the Frozen Ocean, Mission Survival: Gold of the Gods, Soul Fuel, True Grit and A Survival Guide for Life. Outside of writing and presenting, Bear has committed a lot of his time to charity work. He is an Ambassador of The Prince’s Trust and Care for Children, having also completed a great deal of charity work for Global Angels. He has also raised money for the Royal National Lifeboat Institution and supported the SSAFA Forces Help. In recognition of his commitment to the media, charity and young people, Bear was appointed OBE.

The Chief Ambassador of The Scout Association and Chief Scout, Bear is now booked as a motivational speaker for a variety of educational, corporate and public speaking events. Having explored the four corners of the world, Bear is booked to share stories on his incredible expeditions along with themes such as teamwork, leadership, performing under pressure and going the extra mile. With previous clients including Price Waterhouse Coopers, Coca Cola and BP International, Bear is a seasoned speaker and the perfect choice when looking for a speaker who knows what it takes to go the extra mile and achieve the extraordinary.

"I have never had such a positive reaction to a speaker before, the team were simply enthralled, an inspiration to all who listened!" - Trading Director, Coca Cola Enterprises Ltd

"One of the most moving and honest speakers I have heard in many years." - Spike Milligan

"Bear was exceptionally well received by the audience; we thought he scored 10 out of 10" - BP International

"There are precious few people in this world who can really make a difference in a positive way, you are one. Many thanks for all you are doing for BA. It is so good for our people to hear and learn from someone who has done so much in a world so different from ours." - British Airways

"Professional and inspirational contribution, the combination of your particular style and breathtaking video hit all the right notes." - Price Waterhouse Coopers

"Your talk went down extremely well with all of our audience. One of the best speakers we've had in years." - W H Smith Ltd

Back to 'Explorer & Adventure Speakers'
To book Bear Grylls as the speaker for your corporate event, function or conference, contact The Motivational Speakers Agency using the contact details below:
Enquiry form 0207 0787 876 [email protected]
* 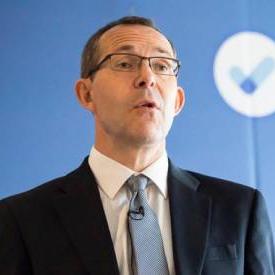