Widely considered to be one of the world’s most accomplished base jumpers, wingsuit flyers and sporting icons, Cedric has carved out a highly successful career in extreme sports. Having developed an unrelenting passion for flight at an early age, Cedric’s willingness to test the limits of his ability continues to inspire those around him.

As a result, Cedric has quickly become one of the most notable motivational speakers around today. From his humble beginnings in the city of Brussels, Belgium, Cedric quickly showed promise in adventure sports. Eager to develop this passion further, Cedric soon became involved in the exhilarating pursuits of wingsuit flying and base jumping.

Since then, Cedric has become a true pioneer in both of these fields, resulting in him being picked up by the iconic Red Bull team back in 2000. Over the course of his incredible career, Cedric has performed in excess of 2,500 base jumps, as well as successfully completing more than 11,000 skydives. In his capacity as a leading sportsman, Cedric has travelled across the globe in search of the most iconic base-jumping locations.

These pursuits have already taken him to places such as the Pyramids of Giza in Egypt and Peru’s Nazca Desert and Gocta Falls. Perhaps most notably, Cedric became the record holder for the first ever base jump to be performed from the tallest building in Lithuania – the Vilnius TV tower – which stands at an impressive 170 meters. Stretching his limits even further, Cedric also successfully performed base jumps from a structure almost three times as high - Shanghai’s Jin-Mao tower, which in turn stands at 431 meters.

Defying preconceptions of what is humanly possible, Cedric’s incredible strength of mind and spirit has been instrumental in taking him to the very top of the sporting ranks. As a result, Cedric is often called upon to share his wealth of knowledge with those around him. A leading name among after dinner speakers, Cedric’s unique knowledge and experience have ensured he is ideally placed to motivate others to draw lessons from his achievements. Cedric’s reputation as a leading peak performance speaker is further strengthened by his willingness to expand his sporting abilities and his knowledge of the human psyche.

Having been awarded a degree in Applied Sports & High-Performance Psychology, Cedric’s inspiring speeches are often centred around transferring the hyper-awareness and productivity associated with the extreme environment to the challenges faced in day to day life. Helping listeners to confront their fears, get out of their comfort zone and perform under pressure, Cedric’s work as an iconic speaker has helped to positively impact the lives of professionals working in a wide variety of areas.

Whether you’re looking to motivate your workforce at gala dinners and corporate events or inspire a team through the words of a legendary name in the world of sports speakers, Cedric Dumont is sure to inspire all those lucky enough to have witnessed his speeches.

Take a look at Cedric deliver his keynote speech about flow hacking and becoming the best version of yourself;

"Cedric's unique combination of action sport athlete and High performance psychologist brings a perfect connection between extreme sports and business. In both high pressure environments, flow state is becoming a must and the only way to survive and thrive under pressure." Vincent Herbert - CEO Le Pain Quotidien

“Cedric’s global approach and focus on improving your energy level and your work-life balance is a real inspiration for me.” - Brussels Airport Company

"Inspiring and very practical tools that was life changing! Thanks Cedric for a great 2 days seminar together." - Chinafloors, YPO Belgium

Back to 'Explorer & Adventure Speakers'
To book Cedric Dumont as the speaker for your corporate event, function or conference, contact The Motivational Speakers Agency using the contact details below:
Enquiry form 0207 0787 876 [email protected]
* 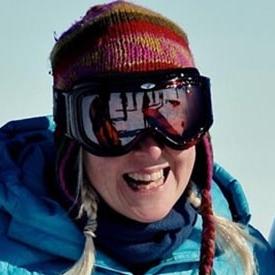