Nicholas is a retired British Civil Servant, well known for helping to lead the British Inland Revenue through the most comprehensive changes in its entire 200-year history. Nicholas started his life with a humble education at Rugby School and later went on to study at New College, Oxford. During his time at New College, he was the Secretary of the Union, and also the President of New College Junior Common Room.

Most impressively though he managed to attain a double First in classics, ancient history and philosophy. Immediately after leaving Oxford College in 1966, Nicholas became a lecturer in philosophy at Reading University, remaining there until 1974, when he joined the UK Civil Service as a Direct Entry-Principal.

After his educational years, he went on to serve nearly three decades working for the government. Regardless of the department, he most likely spent some time working there. Well known for a number of things, the changes he made to privatise the train system in the UK was quite well known.

His career came to a halt in 2004, but he still actively retains a position of respect – thus he does still pursue some business activities.

Voted the Personality of the Year by the readers of Accountancy Age, Nicholas is known for his ability to blend wit and charisma with intellect and serious economic practice. He is frequently called upon to appear as a business speaker at financial and political after dinner speaker events as well at corporate functions.

Finance
the British economy
British Politics
Back to 'Finance Speakers'
To book Nicholas Montagu as the speaker for your corporate event, function or conference, contact The Motivational Speakers Agency using the contact details below:
Enquiry form 0207 0787 876 [email protected]
* 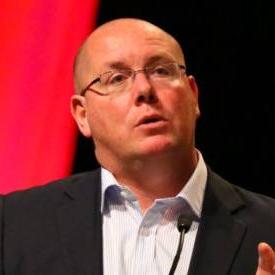