Andrew Grill is known for his former role as the Global Managing Partner of IBM. A leading authority on strategic digital transformation programmes, digital disruption, social selling and the workplace of the future, Andrew is now the host of The Actionable Futurist Podcast and a Senior Advisor for Namier Capital Partners. A seasoned event speaker, Andrew has spoken at five different TED venues and is now booked for a range of clients such as Mars, British Airways and the BBC. When looking for an expert futurist and expert on digital disruption, book Andrew Grill to speak at your next event today.

A keen believer that “the future is digital”, Andrew is frequently chosen to deliver keynote addresses covering subjects such as emerging technologies, social selling, digital disruption, artificial intelligence, digital diversity and personal branding. With each keynote perfectly tailored to the individual client, Andrew is renowned for his relevant keynotes that are relatable to every single audience that he performs to.

Andrew has built his skill-set through extensive education and hands-on experience in the world of technology. In 1991 he attended the University of South Austalia, completing a bachelors degree in Electronic Engineering. He later went on to study for a masters degree, obtaining a degree in Information Technology and Telecommunications. His urge for knowledge continued, attending the University of Technology in 2000 to complete a second masters degree. Andrew is able to draw upon his high calibre education to pack his keynote speeches with academic facts, which is partnered alongside his industry-leading advice and opinion.

Now boasting a 30+ year career, Andrew held his first major role as the Head of Business Development at Gigafone Technologies. Here Andrew was responsible for global business development, working alongside several brands and mobile operators across Europe driving the adoption of the Gigafone platform. Whilst working for Gigafone, Andrew also acted as the South Australian Business Ambassador. In this position, he worked to map the future of the travel, tourism and business of the state. His next major role was in 2011, accepting the role of CEO at the largest influencer platform Kred. He was able to secure a range of clients from the BBC to eBay and managed a diverse team across London, New York, Sydney and San Fransico. In 2015 he accepted the role of Global Managing Partner at IBM, influencing $100m of sales.

Through his keynote speeches, Andrew has worked to develop a niche within the world of futurist speakers. “The Practical Futurist”, Andrew has delivered keynotes to 400 different events in a diverse array of places such as America, Australia, New Zealand, Asia, Europe and the UK. Uniquely insightful in his keynote addresses, Andrew has delivered expertise to clients such as Vodafone, Nestle, DHL, Mars, Nike and Barclays. Always well-received, Andrew is the perfect choice to deliver industry-leading advice guaranteed to leave a lasting impression on all those lucky enough to listen.

"A very inspiring and thought provoking presentation. Further feedback from my peers confirms you have given us a lot to think about so job done on that score!" - DHL Global

"Many thanks for a great day yesterday, it met and exceeded all our expectations."- Nestle

"Andrew was a fantastic keynote speaker to open our Biennial Conference with an international audience of 350 insurance CEO/C-suite delegates." - Ben, International Mutual and Cooperative Insurance Federation

"What a marvellous speaker! Inspirational and energising, Andrew captured the audience from the minute he stepped on the stage. He really shook up the way we look at new tech disruption and made us think about issues for our business and wider life." - Maya, Compeer

"We’re trying to do something revolutionary, to constantly innovate as a brand so having someone like Andrew to present at our first digital event was an absolute must." - Clayton, TechnoGym

Back to 'Futurism & Trends Speakers'
To book Andrew Grill as the speaker for your corporate event, function or conference, contact The Motivational Speakers Agency using the contact details below:
Enquiry form 0207 0787 876 [email protected]
* 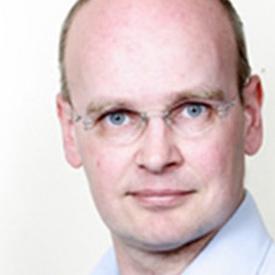 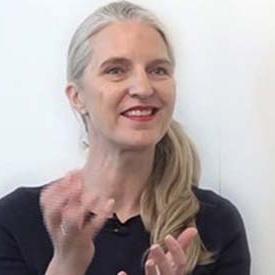