The UK’s most successful female jockey of all time, Hayley Turner is a highly regarded figure within sport. She now uses her wealth of experience and platform as a motivational speaker to influence audiences all over the world to adopt a can-do attitude.

Now considered as the first woman to achieve a maintained day-in, day-out professional jockey career, Hayley began as an apprentice for Derby-winning trainer Michael Bell. She had previously ridden as living so close to Nottingham Racecourse had spared a childhood ambition and her first ride in public was on the Markllis at Southwell in 2000.

By 2005, Turner had won the Champion Apprentice title and became the fourth woman since Alex Greaves to ride her 95th win thereby “riding out her claim.”

After three months of training in New Orleans with Tom Amoss in 2004, she spent the winter riding for Godolphin in Dubai. Before winning high-profile races at Chester, Ascot and The Betchworth Kid in which boosted her echelons of the weighing room. Also in 2008, Hayley was voted as Channel 4’s Racing Personality of the year.

It was at Newmarket in 2009 when Hayley sustained a serious injury that put a question mark over whether she could ride for the rest of the year. Throughout her recovery, she made occasional appearances as a pundit on Channel 4 Racing before being allowed to return to race-riding in the mid-summer. Despite missing the majority of the year, Hayley managed to end the year on her second-highest winner's figure of 60.

Her success continued into the following years as she won the group two Lancashire Oaks, had her first race-rides at Meydan racecourse in Dubai and won her first Group 1 winner, Dream Ahead, in the July Cup at Newmarket.

2012 was one of the most successful years as Hayley rode 92 winners, became the first female jockey in history to ride on the Dubai World Cup night and the first UK-based female to ride an international Grade One winner.

Since retiring in 2015, Turner has been appointed OBE at the 2016 Birthday Honors for services to horseracing, she has also received the Most Inspirational Sportswoman Award and became a member of the Jaguar Academy of Sport.

A driven and passionate sportswoman, Hayley Turner’s success came from pure dedication and hard work. An inspirational figure who doesn’t shy away from adversity can deliver the most influential motivational speech.

Get a taste for what Hayley Turner would be like at your corporate event by watching the video below: 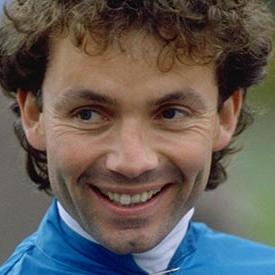 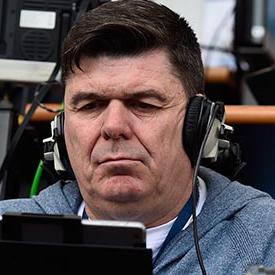