A heroic retired firefighter, Joe Torrillo was a serving member of the Fire Department of New York during the terror attacks of 9/11. Buried alive twice during the attacks, Joe survived through the adversity and lives to tell the tale as an inspirational speaker today.

Joe Torrillo is an inspirational figure, best known for serving as a firefighter in the Fire Department of New York. A role model to many, Joe tells the tale of how he survived the horrific attacks of 9/11 when the Twin Towers of the World Trade Centre came crashing down after they were hit by terrorist jets. Today, Joe is highly sought as a public and keynote speaker, inspiring audiences with his will to survive in the face of great adversity.

In the years before the 9/11 attack, Joe had played a pivotal role in the creation and launch of The Fire Zone, a fire safety venue to educate children in the dangers of fire. In partnership with The Fire Zone, Joe was invited to create a ‘Billy Blazes’ action doll with toy brand Fisher-Price. On the morning of the 9/11 attacks, Joe was on his way to the launch of his collaboration when disaster struck and he witnessed the first jet crash into the Twin Towers of the World Trade Centre. In a bid to help his fellow firefighters, Joe abandoned his launch and borrowed bunker uniform to join them in action.

Upon arriving on the scene, Joe witnessed the second jet crash into the south tower and before long it fell burying Joe alive beneath the rubble. Incredibly, Joe was pulled from the rubble with various injuries such as a fractured skull, broken limbs and internal bleeding. Unfortunately, disaster struck once more and the North Tower collapsed burying Joe alive once again. Eventually, Joe was rescued once more and reached the hospital to make a full recovery, incredibly surviving the devasting 9/11 attacks after being buried alive twice.

Today, Joe is highly sought as a keynote speaker for a range of corporate events telling the tales of his heroic attempts to save lives. A miracle to still be alive, Joe tells audiences of how he was twice buried alive and ensures that those who lost their lives during the 9/11 attacks are never forgotten. In remembrance of the 343 firefighters that lost their lives whilst serving in the 9/11 attacks, Joe dedicated his ‘Billy Blazes’ doll as a key to remember those individuals and continues to champion the work of servicemen and women today. Guaranteed to end every speaking event with a standing ovation, Joe Torrillo is an inspirational role model who is a hit with all audiences.

Watch Joe Torrillo perform as a keynote speaker at the 86th National FFA Convention here:
Watch this clip of Joe Torrillo, the 9/11 Firefighter who never gave up:

"In our search for a speaker who was a survivor of the attack in New York on September 11th, 2001, we found Joe who would reveal a miraculous story of survival to the people of Annecy, France at a conference for Pulmonary diseases. "Freelung" the not-for-profit French Organization that plans on offering free lung treatment for the victims of the attack on the World Trade Center greatly benefitted from his amazing speaking skills. Our biggest problem is handling and sorting all of the requests to have him return to speak again"- Dr. Karim Berkani Pulmonologist Annecy, France

"Lieutenant Torrillo was so inspiring. Students gave him a standing ovation, after they sat respectfully for forty minutes listening to his courageous story of heroism. I was most impressed that he wove throughout his story the very important message of how students can be heroes every day by spreading kindness to other people"- Principal Burt, Shepton High School, Plano Texas

"Keynote speaker, Joe Torrillo, brought such a presence to the Nixon Library on September 11, 2011 when he spoke about the tragic events of 9/11. The audience was spellbound and deeply touched by his personal account of what occurred and humbled by what one man can endure and still survive. It was an honor and an inspiration to hear and meet Joe and something I will never forget"- Mayor Nancy, Yorba Linda City Council

"The San Diego County Fair invited Joe Torrillo to be a speaker on the Grandstand Stage for our annual 4th of July ceremonies. 4th of July at the San Diego County Fair is a huge tradition for the community of San Diego County with over 85,000 people attending the festivities. From start to finish, you cannot find a speaker who is more professional, charismatic, and committed than Joe Torrillo. We were delighted to host him at our event. His speech about patriotism in the United States was extremely moving and a wonderful way to kick off the evening for the thousands who witnessed his words on July 4, 2012. We are hopeful that Joe will be available for our event again in 2013. I would highly recommend his services to any organization looking for an authentic, dynamic speaker whose words will ring true to anyone of any demographic"- Katie, San Diego Country Fair

"Memory is a very fragile gift. Experiences that were once understood and deeply felt fade in the torrent of so many other remembrances. Joe Torrillo has devoted much of his academic and emotional life to remembering. For him, he was a NYC Firefighter who was part of a disappearing survivor of 9/11. His values today focus on keeping the terrible experiences alive for his fellow citizen. Joe presents in a clear, meaningful, and informative way that captures the audience"- Prof. Stuart, Syms School of Business, Yeshiva University

"It is with great respect and admiration that I write these words on behalf of Joe Torrillo. I had the privilege of meeting Joe in September of 2011 when he graciously agreed to appear in our pre-game ceremonies as we paid tribute to those who perished on 9/11. It was also a ceremony honoring those who have, and continue to serve our country in the military. Joe assisted us with several media interviews and was absolutely outstanding with the requests we put forth. His experience from that dreadful time, combined with his passion, articulation and optimism made for a tremendous presentation to members of the media. Joe also captivated a large group with a special presentation regarding his 9/11 experiences for one of our season-ticket holders during his visit to Southern California. I truly hope we have an opportunity to work with Joe again in the future. It would be both our pleasure and privilege"- Tim, California Angels Baseball

Buried Alive With the Will to Survive- From Devastation to Inspiration

Teamwork Now More Than Ever

Putting the Spark in Your Company's Fire

The Price Tag of Greed, an Overview of a Chutes and Ladders Life

The Most Infamous Fired in the USA, and What We Should Have Learned

The Making of the Fire Zone Learning Centre 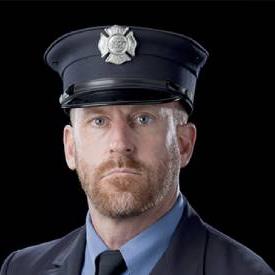 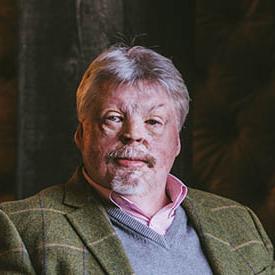