Yasmin Benoit is leading model and activist, famed for her passions for increasing representation of the LGBT+ community. Identifying as asexual and aromantic, Yasmin created #ThisIsWhatAsexualLooksLike as a means of increasing media representation of asexual people and increasing awareness of the community. Yasmin is also regarded as one of the UK’s most prominent Black models, determined to change the fashion industry by diversifying the modelling pool. Now booked as a speaker for events, Yasmin shares her advocacy for the asexual community, along with topics of intersectionality and Black-British experience in education.

Famed for her talents as a model, Yasmin Benoit is a passionate asexual and aromantic activist regarded as one of the UK’s most prominent Black models. Highly passionate about diverse representation, Yasmin is widely known as the creator of #ThisIsWhatAsexualLooksLike – increasing media representation of asexual people. Awarded the Attitude Pride Award in 2021, Yasmin is making waves in diverse representation, changing mainstream media to be more inclusive. Now booked as an LGBTQIA+ speaker, Yasmin covers topics such as asexuality, Aromanticism, Black-British experience in education and intersectionality.

A leading model, Yasmin first began modelling at 18, determined to diversify the modelling industry and make the modelling pool more inclusive of all. She has walked the catwalk at the London Queer Fashion Show and appeared on the front cover of Attitude Magazine. As a passionate asexual and aromantic activist, Yasmin is a Board Member of the Asexual Visibility and Education Network and has presented her own BBC Sounds series Me and My Asexuality. Yasmin has also been featured in publications such as British GQ, Glamour Magazine, Cosmopolitan and Vogue to name but a few. She was also the host of the first asexual-themed bar at Pride in London, working in association with the Asexual Visibility and Education Network.

In 2019, Yasmin became the first asexual woman to feature on the cover of a UK magazine, when she was on the cover of Attitude’s issue titled The Activist. Yasmin was also a pivotal figure in the launch of International Asexuality Day, celebrated for the first time on the 6th of April 2021. She has also previously worked in partnership with England Unwrapped interviewing asexual people so they could share their personal experiences of being asexual. In recognition of her passionate activism, Yasmin has been named on the Attitude 101 Influential Figures List and the Visible 100 list. Yasmin has also been invited to speak at a range of events, including the UK Asexuality Conference, National Student Pride and Reading Pride.

A renowned activist, Yasmin is now a popular choice as a speaker for a range of corporate and public speaking events, sharing her passions for diverse representation. Sharing her experiences of being an asexual model, Yasmin uses her platform to dispel stereotypes and promote the diversity of the asexual and aromantic community. Creating the #ThisIsWhatAsexualLooksLike movement, Yasmin is determined to break stigma and stereotypes surrounding asexual and aromantic people, empowering people who identify in such ways to speak out and share their experiences. Dispelling perceptions in an intersectional way, Yasmin has also acted as a project consultant for Stonewall and was invited to deliver the TEDx talk Asexuals Need Media Representation. When looking for a passionate LGBTQIA+ speaker to deliver an engaging and thought-provoking speech at your event, book Yasmin Benoit today.

Back to 'LGBT Speakers '
To book Yasmin Benoit as the speaker for your corporate event, function or conference, contact The Motivational Speakers Agency using the contact details below:
Enquiry form 0207 0787 876 [email protected]
* 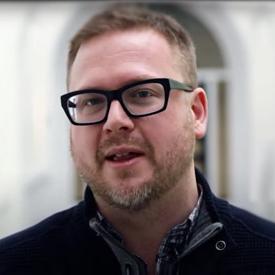 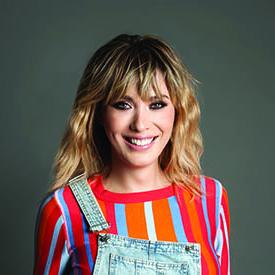 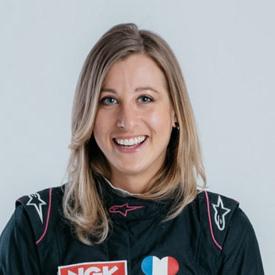