An expert in all things traditional and online marketing, Alex Hunter is widely known for his former role as the Head of Online Marketing for the Virgin Group. He is also famed for his work as the creator of Attaché, an online travel show. Today, Alex is frequently booked as a speaker for events, sharing his knowledge of branding, online engagement, venture capital and online loyalty.

Throughout his career, Alex Hunter has been heavily involved with technology and marketing for top organisations. From Virgin America to Drinkaware, Alex has changed the future of customer service with innovative branding and as an angel investor. Today, Alex is highly sought as a keynote speaker for events, covering topics such as the future of travel, venture capital, angel funding and creating online loyalty.

Alex Hunter is best known for the time that he spent as the Head of Online Marketing for the Virgin Group, and the Manager of Interactive Marketing for Virgin America. As part of the Virgin team, Alex watched over the company’s global digital strategies and developed the already immensely successful brand’s image to be even more successful. Alex also spent time working on Sir Richard Branson’s personal branding and was a founding team member of Virgin America. Alex is also widely known for being the creator and host of Attaché, which he created to captivate seasoned travellers and guide them when travelling for company business.

In the early days of his career, Alex was educated in Business Administration at the University of Kent. He then went on to work as a webmaster for Robert Half International and a Web Content Manager for Shaklee. With these two companies, Alex built a knowledge of digital technologies, learning how to build online engagements and loyalty. Using such expertise, Alex was then able to land his roles with the Virgin Group and has since had a substantial impact on the sector of digital marketing. Alex also worked as the CEO of Rushmore, a digital music company that was invested in by Twitter and Tumblr.

Since leaving the Virgin Group in 2009, Alex has served as a board member and advisor to countless other businesses. He has been an advisor to Tracky, Sprint.ly and FitStar as well as a trustee to Drinkaware and a board member of Caliberi. Currently, Alex is working as the host of Attaché, a venture partner of Ignite Accelerator and a co-host of Layovers, a podcast about travel and aviation. He has also claimed the award of Travel Vlogger of the Year 2016 and 2017 from the Travel Media Awards- a testament to his talents for travel writing and advice.

Outside of Attaché, Alex has become a popular choice as a keynote speaker for events gaining a reputation as one of the most sought after business speakers of the speaking circuit. He has travelled the globe delivering talks, attending top events such as iStrategy, Thinking Digital, Internet World and Tech4Africa. He has also performed for a range of high-profile clients, including the likes of IKEA, CaptialOne, Pepsi, Volkswagen and Deloitte. As a speaker, Alex is sought to bring understanding to the potential that online marketing holds, enriching audiences with how they can increase engagements on online platforms and ensure that their customers remain loyal. He also incorporates his knowledge of customer loyalty, branding and reputation to deliver an engaging keynote speech.

We recently sat down with Alex to hear his top tips for standing out online - watch our exclusive interview with Alex Hunter!

"Alex was brilliant and received a lot of great feedback (and will continue to do so over the next few days/weeks I am sure). Please do re-iterate it for me as he really was fantastic!" - IKEA

"We found Alex to be one of the most interesting and entertaining speakers we have had at our annual conference. He had clearly done his homework and was able to make his presentation both inspiring and practical at the same time. Alex was clearly enthused by our industry and had listened to our brief. The feedback from our delegates was overwhelmingly positive" - Hostelworld.com

“Very engaging. His personable style meant that the subject matter was easily absorbed and interest was held throughout.” - News International

“Alex’s presentation was entertaining, educational and timely for our industry. In addition to the content, his fast-paced, colloquial, dynamic delivery style is nothing like what the crowd is used to, and very much appreciated by the audience (and it made us look good for broadening the minds of our attendees!). He took the time to look at examples that made sense to our audience, from their industry, which was very much appreciated. Fantastic opening keynote.” - IIR

"A really engaging speaker with a very slick and professional presentation. He got big laughs and landed some great messages"- Capital One (Europe) Plc

"Entertaining, relevant and quite inspirational... one of our best events ever"- Nationwide

"The Glasgow folks loved Alex's talk, and found it funny and engaging, as well as being highly relevant to their roles"- Hive

"Please can you pass onto Alex our thanks for this video, the whole team have watched it and we all agree his manner, personality and delivery is exactly what we wanted for the event and fits in perfectly with the topic an discussions from our customers. Lovely to have worked with you"- Emily, Sitecore

Back to 'Marketing & Branding Speakers'
To book Alex Hunter as the speaker for your corporate event, function or conference, contact The Motivational Speakers Agency using the contact details below:
Enquiry form 0207 0787 876 [email protected]
* 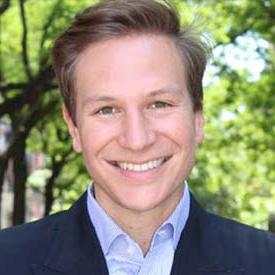 Dave Clark Former Head of Astronaut Relations at Virgin Galactic, Senior Adviser to the CEO at Uber & Head of Strategic Development at KittyHawk