Leading journalist, Lyse Doucet has enjoyed a successful career with the BBC and is currently the Chief International Correspondent for the broadcaster. Presenting various news bulletins and programmes across both the BBC World News and BBC World Service, Lyse has forged a respectable reputation as a journalist and is now often booked as a speaker or facilitator for corporate events. Having commanded audiences for year across the BBC, Lyse is at home when booked for corporate events.

Lyse Doucet is a leading journalist who has worked a successful career with the BBC. Currently a senior presenter for the BBC, Lyse has reported all over the world from Pakistan to Afghanistan on some of the most topical news stories to date. With such a successful career behind her, Lyse is now booked for a range of corporate and public events. When booked as a speaker she shares stories from her time in journalism and is perfectly positioned as a facilitator or host too.

Best known for her illustrious career with the BBC, Lyse is currently the Chief International Correspondent for the BBC. Since the early 1980s, Lyse has worked all over the globe with the BBC contributing top news stories to the BBC World News and World Service. She is known for creating the documentaries Children of Syria and Children of the Gaza War, and has also presented Syria: The World’s War and Her Story Made History. Throughout her career, Lyse has contributed to many award-winning teams and left her mark in the journalism history books.

After graduating with a Masters Degree in International Affairs, Lyse began work as a freelance journalist for Canadian media and the BBC. Before long she was given the chance to work for the BBC in a long term career, given roles as a reporter in places such as Afghanistan, Jerusalem, Jordan, Pakistan and Iran. She was also fortunate to report on topical news stories such as the Arab Spring and the 2004 Indian Ocean Tsunami. She has also been a Council Member of the Royal Institute of International Affairs, a Marie Colvin Journalists’ Network founding member, a Canadian Journalism Forum on Trauma and Violence member and a Trustee of the Frontline Club.

Throughout her career, Lyse has claimed many prominent awards. She has received a Silver Sony Award for News Broadcaster of the Year, a Peabody Award, a David Bloom Award, an Emmy Award, an ITV Studio Achievement of the Year Award, a Stanford St Martin Trustees Award and a Luchetta Prize to name a few. She has also been named as the International Television Personality of the Year and been appointed as a Member of the Order of Canada and OBE.

With a successful career behind her, Lyse is now booked as an authoritative speaker or host for a variety of corporate events. Having reported from various hostile environments and fronted some of the most topical news stories to date, Lyse is an expert on current affairs and staying calm under pressure. When looking for a consummate professional to host and speak at your next event, look no further than Chief International Correspondent Lyse Doucet.

"Absolutely amazing, we will use her for future events" - Brunswick Group

Back to 'Media & Journalism'
To book Lyse Doucet as the speaker for your corporate event, function or conference, contact The Motivational Speakers Agency using the contact details below:
Enquiry form 0207 0787 876 [email protected]
* 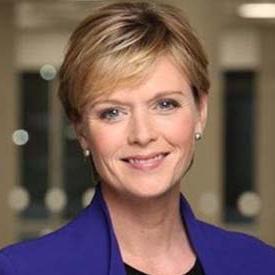 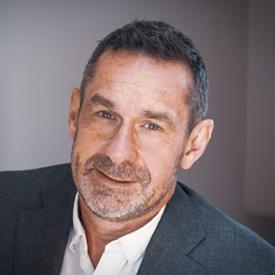