Award-winning mental health campaigner, Neil Laybourn is half of the inspiring duo Jonny and Neil. The founder of This Can Happen and co-founder of Beyond Shame Beyond Stigma is also a prized public and motivational speaker. A popular choice for events, Neil Laybourn is in high demand to spread his inspirational story having talked a stranger down from suicide.

Mental health campaigner, Neil Laybourn knows first-hand the importance of a simple act of kindness. From a successful professional career as a personal trainer in London to being searched for worldwide and winning awards for his mental health advocacy, one moment changed Neil’s life forever, and he has continued to have an impact on others internationally. As a speaker, Neil discusses stigma, challenges in the workplace and preventative measures all relating to mental health.

In 2008 Neil was walking across the Waterloo Bridge when he discovered a man sat on the edge about to jump into the Thames. Out of every person that crossed the bridge and passed that stranger, Neil was the one to stop and ask if everything was alright. A moment that later made history, Neil saved the man’s life as he talked him down from suicide. That stranger later turned out to be Jonny Benjamin. After getting support for his schizoaffective disorder Jonny launched the #FindMike campaign which aimed, through the power of social media to find Neil as the man who had saved his life. From famous singers to the Prime Minister of the UK, the world joined forces and after six years the pair were reunited.

Capturing the attention of the media, and the globe, Neil formed a friendship with Jonny and went on to feature in Channel 4’s documentary ‘Stranger on the Bridge’. Empowered to spread awareness for mental health issues and reduce the stigma, Neil has since co-founded the mental health campaigning organisation You Alright Mate, the charity Beyond Shame Beyond Stigma and is an ambassador for Rethink Mental Illness and Mental Health UK. His incredible services for mental health have earned him an honorary doctorate from Bristol University and a Pride of Britain Award, a testament to his far-reaching influence.

Taking his message to audiences internationally, Neil is a highly successful and sought-after mental health speaker, a trusted voice on factors affecting individual health in the workplace and beyond. As the founder of This Can Happen, a mental health conference, Neil is an experienced presenter and can tailor the content of his talk to inspire, educate and influence audiences of all demographics. Available to book alongside Jonny Benjamin, the pair retell their story together in a captivating presentation, with the aim of empowering others to speak up.

"Just a quick note to say a huge thank you for sharing your story with our Bank of Ireland team this morning - the feedback has been amazing! While that’s lovely in itself, even more importantly is that you will have made a difference to some of our people who didn't know how they could find the "person on the bridge" that they might be needing to talk to. A huge thank you, really well done and my very best wishes to you both." - Ian McLoughlin, Chief Executive Officer, Bank of Ireland UK

"I think the session was excellent. I have had a couple of notes with really positive feedback. Neil and Jonny are a joy to work with, and their story speaks for itself." - HSBC

Co-Founded Beyond Shame, Beyond Stigma in 2018

Founded This Can Happen, Mental Health Conference in 2017

Honoured with a Pride of Britain Award in 2014

Featured in Channel 4’s ‘Stranger on the Bridge’

Back to 'Mental Health Speakers'
To book Neil Laybourn as the speaker for your corporate event, function or conference, contact The Motivational Speakers Agency using the contact details below:
Enquiry form 0207 0787 876 [email protected]
* 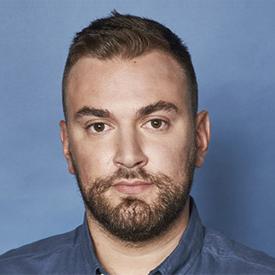 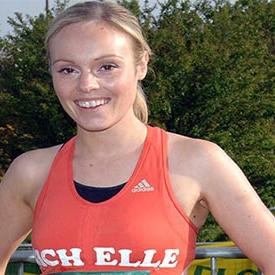 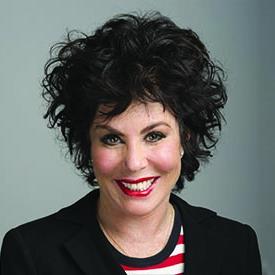