Military speakers are often regarded as the best motivational speakers, through the hardship and the decisions that are made during armed combat - unique opinions are often formed that you might not find elsewhere.

Phil Campion is one of those military speakers who has made every decision that you can make on the battlefield, a veteran of military operations stretching to every corner of the world, in every scenario you can imagine, both as a soldier fighting alongside his brothers in the regular Armed Forces and as an elite operator and mercenary for hire.

What sets Phil Campion aside from other speakers we offer is simply how moving and captivating his story is. Given up for adoption at birth he never had a great start to life and sadly ended up with violent, unloving, adoptive parents furthermore to a series of incidents he was sent to a series of children's homes. Phil left school at 16 and with no qualifications to his name, and like most individuals in his position he sought the life of a soldier, as it was the only thing that he could do.

Phil was honoured within Royal Hampshires (now the Princess of Wales Royal Regiment), despite his challenging start in life, Phil went on to achieve extraordinary things. He became one of the few British soldiers ever to pass both the Royal Marines Commando selection and the Parachute Regiment, before going for the ultimate challenge - selection into the Special Air Service (22 SAS).

With a skill set that few in the world had, and with a military resume few even have the classifications to see, he served with distinction in many cutting-edge combat operations in the SAS. Later on in life when he left the SAS he worked for private military companies and became a global gun for hire, which is impressive considering the unique skillset you have to have to survive in that world. He launched himself to the top of his game and commanded teams of up to 100 private military operators around the globe.

Military speakers are often the most focused motivational speakers you will find on agencies, simply because of the time and dedication they put into what they do, but the emotions and sheer discipline that goes into how they pursuit not only their career but also life. With the military being Phil's entire life it wasn't a surprise that he invented the digital dog tag that transformed personal security and medical care in remote danger zones.

Aside from the military and pioneering a new technology to better enable military functionality in remote destinations, he is also a published author. Having written many books including the bestselling Born Fearless. His loyalty, however, remains with The Circuit. His books tell an incredible story, but this is a fantastic story for anyone to hear in real life, and not everything is always put in the books.

Phil's story is one of tremendous inspiration, and it can make anyone feel inspired to make the tough decision when it matters the most - which is something that makes a military speaker unbelievable to have at your conference. The simple story that a human can be thrown into such hostile situations, with the odds stacked against them, to then persevere throughout and survive unimaginable situations, is just incredible.

The interesting part of his presentations is usually his examples and lessons learned from a life in the military elite; he very nicely puts a speech together in such a way it connects with your business, making him fantastic for your conference. However, he also makes for one of the finest speakers to have at your military event if you are looking for a well-recognised figure head for the event.

"We at Childline Rocks are extremely fortunate to have Big Phil as one of our Ambassadors. I have had the privilege of seeing him speak in public on 2 separate occasions, and-hand on heart-I can say that he is one of those rare individuals who has the ability to grip and enthrall an audience. We have no hesitation in recommending him!" - Skerritts Chartered Financial Planners

"Phil was fantastic! He really brought the room to life after a powerful RBL presentation and tour of the Arboretum. It was just what we needed. His life and career were an eye-opener and really talked up that we can always take a positive from a negative. It really resonated with the room and we are so pleased he was able to join us. Thanks for supporting me with this throughout the last few months" - Vanessa, Human Resources Manager, Suez Recycling and Recovery UK Ltd

Back to 'Military Speakers'
To book Phil Campion as the speaker for your corporate event, function or conference, contact The Motivational Speakers Agency using the contact details below:
Enquiry form 0207 0787 876 [email protected]
* 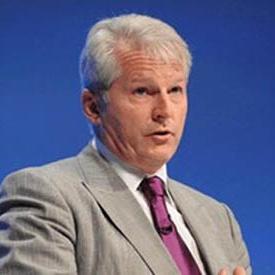 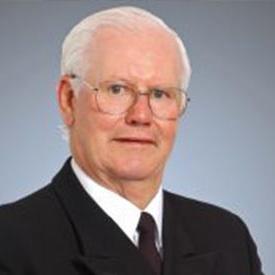