William Wells, Master Mariner, is a former ship's captain and commercial marine pilot, whose career at sea lasted just short of half a century. Winning a scholarship whilst still a schoolboy, William moved to the UK from his native New Zealand to begin his officer training with the British Merchant Navy and was promoted to Captain by the age of 28.

He then became a Trinity House licensed pilot in the Port of London, operating on the River Thames between Gravesend and London Bridge, and during his career as a pilot he served as Harbour Pilot in the Middle East for 10 years followed by 4 years in the Bahamas.

William spent a further two years operating in the busy and congested waters of the English Channel, Dover Straits and North Sea as a Trinity House licensed Deep Sea Pilot before returning to the Port of London where he ended his seafaring career as the Senior River Pilot. Since leaving the Merchant Navy William has established himself as an expert motivational speaker; though his work as a keynote speaker centres mainly on his life as a mariner he also covers areas of self-development and personal inspiration when acting as a motivational speaker.

Recognised as an international informative and entertaining Topic-Expert speaker, he was an active member of the Professional Speakers Association, Member of the International Federation of Public Speakers and a former Vice President of Toastmasters International. With a wide ranging programme he speaks regularly at conferences, seminars, after dinner and after lunch to a wide variety of different learned societies and organisations including the prestigious Bewdley Festival, BBC Radio, both local and national, as well as on board cruise ships, all with great passion, enthusiasm and authority.

"Capt. William wells was the after dinner speaker at our gala dinner held in the painted hall at Greenwich, which ended our international exhibition this year held in London. His most unusual after dinner speech was worthy of the superb surroundings in which he presented it and rounded off the evening in a most interesting and entertaining manner. Thoroughly recommend capt. Wells for anyone or any organisation seeking an authoritative and well informed speaker." - Tabexco

"We invited capt. Wells to speak at the end of our week long conference held in Frankfurt, Germany. His was such a different, interesting and entertaining talk which had many of our members discussing it in the bar till the small hours of the night." - Fresenius Medical Care

"Capt. William wells has visited our society for three continuous years and never fails to produce a very worthwhile evening which all our members enjoy. His list of talks and his maritime knowledge is impressive. Recommend." - Cork Literary & Scientific Society

Back to 'Military Speakers'
To book Captain William Wells as the speaker for your corporate event, function or conference, contact The Motivational Speakers Agency using the contact details below:
Enquiry form 0207 0787 876 [email protected]
* 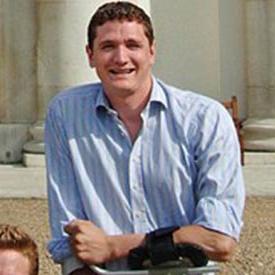 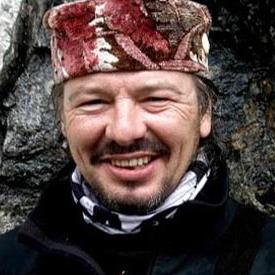