Yossi Ghinsberg is a technological innovator, author, but first and foremost, he is a survivor.

Despite Yossi Ghinsberg being a successful entrepreneur and innovator in the technological sector, founding the tech-company Headbox and creating the mobile app Blinq, he is famed instead for his incredible story of survival in the Amazon rainforest. As an author, entrepreneur, motivational speaker, adventurer and part of the Israeli Navy, Yossi had years of experience under pressure, however, Bolivia proved to be a challenge too far.

Yossi set his sight on South America along with his two friends, Kevin and Marcus, in 1981, after being inspired by the book Papillon by Henri Charrière. Once he reached Bolivia, Yossi met Karl Ruprechter, a mysterious Austrian who claimed to be a geologist. Karl convinced Yossi that he was going to explore the uncharted Amazon in Bolivia, in search of gold in a remote, indigenous Tacana village. Ignoring the locals pleads to stay away from the dangerous terrains, Yossi and his friends agreed to go with Karl, desperate for the kind of adventure they travelled to South America for.

Within a short amount of time, after detouring from their original route, Marcus suffered from trench foot, due to the wet conditions. Eight days into their four-day expedition, the group were forced to build a raft and travel down the river, where Marcus and Karl were separated from Yossi and Kevin, supposedly to travel back to safety.

As the river became more aggressive, Kevin and Yossi could do nothing but cling on and hope that they would make it out alive. Once the raft became stranded on a rock face, Yossi was dragged down by the current, resurfacing two miles downstream, separated from Kevin.

Despite the treacherous rapids, Yossi survived the ordeal but was stranded in an unknown location with only his survival backpack of limited resources for comfort. Relying on his previous experience as an adventurer, Yossi followed the river with the hope of finding his friends, clutching at particularly slippery straws. Along the way, Yossi had to overcome floods, food shortages, infection, predators and, to add to his ordeal, trench foot. Unlike Kevin, Yossi had no way of getting home.

At one point during his trial, Yossi came face to face with a deadly jaguar, fierce and hungry for blood. Relying once again on his quick thinking nature, Yossi reached for his cigarette lighter and can of mosquito repellent, creating a bright orange flame to scare away the predator.

Towards the end of his experience, Yossi sank to his lowest yet. Tired, hungry and ignored by a plane that flew over, Yossi was convinced that the only feasible outcome was death. Miraculously, as if by the hand of fate, Kevin somehow stumbled across Yossi, who was close to the end. Thanks to the help of a three-day long search with the indigenous people, Yossi was rescued and brought back from the brink of death.

Karl and Marcus, on the other hand, were never found. It was later revealed that Karl, who had labelled himself as a Geologist, was instead an Austrian criminal and trouble-maker wanted by the Interpol.

Yossi’s story is evidence enough that when needed, humans have the ability to survive the most life-threatening events, thanks to our instinctive “survival mode”. For a once in a lifetime opportunity to hear about a truly awe-inspiring adventure, Yossi is an ideal after-dinner speaker to impress guests and delegates.

Survival & Determination
Technology
Business
Back to 'Motivational Speakers'
To book Yossi Ghinsberg as the speaker for your corporate event, function or conference, contact The Motivational Speakers Agency using the contact details below:
Enquiry form 0207 0787 876 [email protected]
* 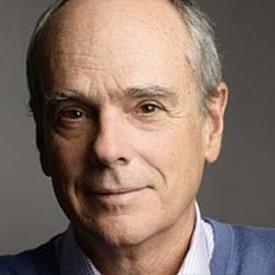