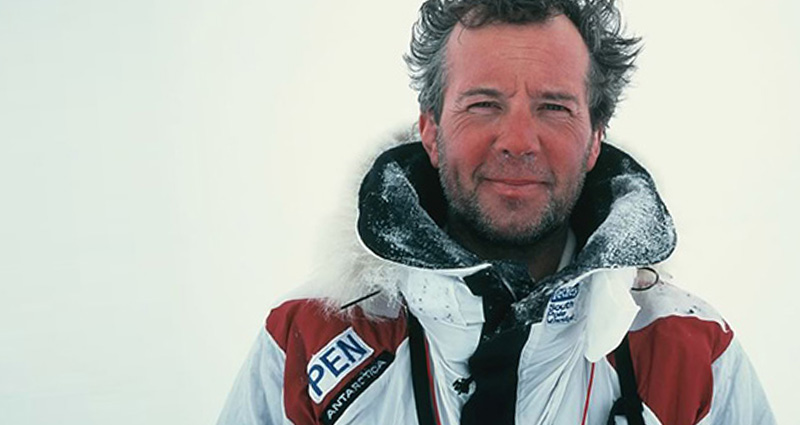 Who is Pen Hadow?

Endorsed by Time magazine as the Hero of the Environment in 2009, explorer Pen Hadow has had an unrivalled impact on climate change research and polar exploration in recent years. We take a look at the extensive career of the world-renowned advocate and adventurer, acknowledging his monumental efforts to make the world a better place for the lifeforms within.

In his role as an inspirational keynote speaker Pen Hadow is able to motivate and inspire audiences with his passion for polar exploration, allowing imaginations to run riot as he recounts his experiences. We explore just a snippet of Pen Hadow's remarkable life so far.

The Early Years: Cultivating a Passion for Adventure & Advocacy

Pen was committed to charitable causes and had a penchant for adventure from an early age. As far back as 1977, he began Harrow School's traditional Long Ducker race which was a 20-mile run aimed at raising money for the Queen's Silver Jubilee Fund. He was also the first to have ever run the full distance.

In the years that followed Pen worked with the Swedish Equestrian Federation to deliver funds for the World Equestrian Games in Stockholm. But it was 1985, when he created The Polar Travel Company that he would set the stage for realising his dream.

Guiding expeditions into the Arctic and Antarctic, Pen had a passion for the outdoors and a mission to protect the wildlife of the North Pole. In 1997 he organised the first all-women relay to the North Pole.

In 2003, Pen embarked on what was the world's first and only unsupported trek from Canada to the North Geographic Pole to date. You can read more in his book, Solo: Alone & Unsupported in the North Pole. Pen followed this up in 2004 when he and Simon Murray trekked from Antartica to the South Geographic Pole, making Pen the first Briton in history to have trekked to both the North and South Poles from North America and Antarctica. He was awarded the Best Global Adventure award by La Marca.

This established Pen as a leading polar explorer and saw him create and lead the Catlin Arctic Survey between 2007 and 2012. The four-year survey saw Pen and his team investigate the sea ice volume and the consequences of rapid environmental changes in the Arctic that would feature heavily in scientific journals in this period. The data collated by the team led to Professor Peter Wadhams from the University of Cambridge to announce that the prediction that the ocean could be ice-free as soon as 2029 was backed up by data.

The Catlin Arctic Survey team was awarded the World Technology Network Award. Alongside fellow experts from the expedition team, Ann Daniels and Martin Hartley, Pen was named Time magazine's Hero of the Environment in 2009.

Following the 2009 expedition, the team continued to cover the emerging crisis, as they delved deeper into the role that sea ice plays in our planet. Four documentaries were broadcast internationally on television and coverage of their environmental findings were covered by 80x TV networks and 500x newspapers between 2009 and 2012.

The Arctic Mission Has Only Just Begun

Thanks to the pioneering research of visionary, Pen Hadow and his team informing on policies to change the face of the future, scientists and technologists are able to act on their discoveries.

In 2017, the campaign began to create a conservation area for the wildlife and ecosystem in the North Pole. The Arctic Mission is in its relative infancy but has already covered a number of areas of investigation and has successfully gained funding from the US Senate through the images and research that was used in the US Save Our Seas Act debate.

We look forward to seeing more of the amazing work Pen and The Arctic Mission team are doing to save our ocean's ecosystem. Good luck!

Pen Hadow, speaker and explorer extraordinaire is one of the finest speakers and authorities on the North Pole, the Arctic Ocean and scientific research. As a Pen Hadow agent, you can book his services to wow your crowd today. Contact us by filling in our online contact form or by calling a booking agent directly on 0207 1010 553.

News Back to the news...
Related Posts
Q&A With Pen Hadow: Polar Explorer & Motivational Speaker
What Leadership Speakers Communicate To Your Audience
The Importance Of Teamwork