Olympic speakers Alistair Brownlee MBE and Jonathan Brownlee MBE have been described as: “two skinny lads from west Yorkshire who became the best triathletes in the world”.

One of the greatest sibling partnerships in sporting history, Alistair and Jonathan Brownlee are the ideal spokespeople for athletics. Together they have shared an astonishing record in triathlons, enjoying podium finishes at Olympic Games and World Championships all over the world. Of 53 ITU WTS races where there has been at least one Brownlee brother at the start line, a Brownlee has won 35 of them.

The duo were also responsible for one of the most memorable sporting moments when in the World Series in Mexico in 2016, Alistair Brownlee gave up his chance of winning the race to help his exhausted brother who had collapsed moments from the finish, to cross the line and get the medical treatment he needed. It was a dramatic image, and one that has come to define sportsmanship, as well as the importance of family and sport in the lives of most. It is not the only moment though, for which the Brownlee brothers are well known. The duo have become a picture of passion and persistence. Coupling their attitude with their immense talent, the Brownlees have consistently showcased their quality on the biggest stages of all.

In the 2012 Olympic Games, the duo really made their name, as they both drove home a podium-winning effort. Alistair ran over the finish line on home soil, with a British flag outstretched to finish first, while Jonathan followed him up in third to finish a remarkable race with pride and joy. Overnight, they were British sensations, and this would prove to be just the beginning of a road to glory with more than a few brilliant highs.

Rio was their next chance to shine at Olympic level, and they did not disappoint. Alistair defended his Olympic Gold with victory in Rio and six seconds behind was Jonathan who managed to improve on his bronze in 2012 to take silver at Rio 2016. At the Tokoyo games Jonathan won gold in the Mixed Team Relay, racing the second leg of the event. Both brothers have received MBEs with Alistair's coming in 2013 and Jonathan's in 2022.

Another high came when Jonathan won the ITU World Championship in Stockholm in 2017. After a wonderful performance in Stockholm to cap an impressive series, he took the crown of World Champion from his brother saying: : "It's good to keep the title in the family", showing the genuine spirit between the duo. Ideal as the after dinner or motivational speakers for corporate, sporting or community events, Alistair and Jonathan Brownlee are an excellent choice to engage all in attendance.

“The kids have been totally inspired by what they’ve heard today. Jonny has made them realize that if they train hard, they, too, can one day do what he has done.” - The Telegraph UK

Back to 'Olympic Speakers'
To book Brownlee Brothers as the speaker for your corporate event, function or conference, contact The Motivational Speakers Agency using the contact details below:
Enquiry form 0207 0787 876 [email protected]
* 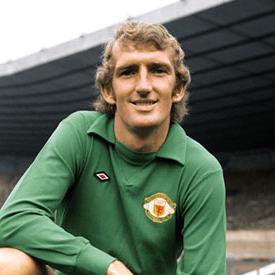