Despite suffering from reflex sympathetic dystrophy, otherwise known as complex regional pain syndrome, Danielle Brown had to adapt to overcome such challenges, and succeed as a competitive archer. As a gold medal-winning Paralympic athlete, she knows a thing or two about pushing yourself to achieve success, despite the limitations that may hold you back. Danielle uses such topics in her motivational speeches, to inspire her captivated audiences.

At the beginning of her international competitive career, Danielle featured at the European Archery Championships (specifically for athletes with disabilities) in Nymburk, competing in 2006. Despite being defeated by Gulbin Su of Turkey, Danielle made it to the semi-finals of the Compound Bow Open Class event. In 2007, Danielle competed at the IPC World Archery Championships in Cheongju, where she won a gold medal due to a score of 114 points. Additionally, she was a member of the British women's team, where she played an imperative role in the team event, ultimately, earning gold in the Compound Bow Open Class.

Featuring at her first Olympic Games in 2008, Danielle won gold in the Women's individual compound. Hosted in Beijing, Danielle firmly positioned herself as a leading figure of competitive archery. In the following two years, she won gold medals at the IPC World Archery Championships, Arizona Cup, Stoke Mandeville World Invitational Disabled Archery Competition, and at the European Para-Archery Championships.

Due to her dedication to sport, Danielle was awarded the Member of the Order of the British Empire (MBE) in the 2013 New Year Honours. As a graduate of the University of Leicester, she was bestowed an honorary degree of Doctors of Law in 2013, and had a sports centre named after her in the same year. As of 2014, Danielle is a Freewoman of the district of Craven.

Danielle was denied a position in future Para-Archery contests, including the 2016 Olympics, due to her disability supposedly not effecting her archery performance. Though she appealed the ruling, it was upheld. Despite this situation heavily limiting Danielle’s athletic career, it is a topic that she explores in her public speaking to help others overcome imposed restrictions. As a disabled athlete, she has had to fight for her success - strategies that she shares through her speeches.

"Danielle Brown spoke at a high profile launch event I organised recently and absolutely stole the show. A consummate professional throughout the pre-event run-up, her delivery on the day was flawless and - as expected - left the audience utterly inspired and enthused. I've simply loved working with her and am actively looking for opportunities to repeat the process soon - whether that's through her brilliant public speaking or her bespoke mental coaching." - Zen Communications

"We asked Danielle to provide an alternative view of leadership, teamwork and planning success following a restructure. Danielle delivered a captivating talk, blending sporting analogies with references to our journey and introducing key strategies along the way. Her story landed well with the audience! Danielle was a pleasure to work with and is a very professional speaker." - Serco

Back to 'Olympic Speakers'
To book Danielle Brown as the speaker for your corporate event, function or conference, contact The Motivational Speakers Agency using the contact details below:
Enquiry form 0207 0787 876 [email protected]
* 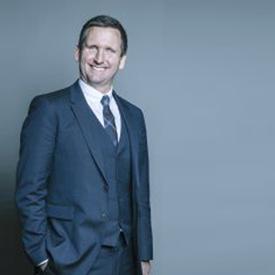