He has been called the Weirwolf and a Paralympian superhuman, but multi-medal winning athlete David is now making his mark as a motivational speaker with an incredibly inspiring story to tell. It begins with the fact that despite having a severed spinal cord he entered the London mini-Marathon when he was just eight years old, not in a racing wheelchair but in a standard day chair.

One of the world's most exceptional wheelchair athletes, David Weir is an ambassador of paralympic sport and the city of London. David was born with a spinal cord transection. Nothing would hold him back, despite being left unable to use his legs, as he fought for more sporting activities for disabled people and sure enough became one of the greatest paralympic success stories of modern times.

The wheelchair racer is affectionately referred to as the Weirwolf of London. He enjoys considerable support across the capital city and the country. This is in large part due to his incredible talent, hard work and humility on the biggest stage.

David was just 17 when he made his first Paralympic appearance in Atlanta. As far as debuts go, it was an impressive effort from the then youngster as he pulled off a 7th place finish in the 100m and fourth place in the 4x100m relay. Unfortunately, David was disheartened by the low turnout of people watching the competition, prompting him to distance himself from the sport for some time.

The London Marathon beckoned, where David would first get his chance to showcase his skill in front of the crowd he craved. He finished fifth in his first marathon in 2000 before taking a third-place finish in 2001. In 2002, he was the youngest competitor in his category and was not considered a threat to the top twelve competitors. David made a mockery of the predictions as he beat his personal best by seven seconds to win the London Marathon - his 'childhood dream'.

In 2003 he beat his personal best by a massive 5 minutes but it wasn't enough to win the race, coming in second. He would finish the 2004 marathon in second and the 2005 marathon in third before he set a record in wet conditions to win his second London marathon - becoming the first wheelchair racer to break 1 hour 30 minutes. He was named BBC London's Disabled Athlete of the Year later in 2005.

A number of high profile awards followed as David racked up the Disabled Sports Personality of the Year award from The Sports Journalists' Association, the Best Performance Award by the British Athletics Writers Association and earned a nomination for the BBC Sports Personality of the Year award. He would win the following two London marathons to make it three in a row. He would go on to win six London Marathons, equalling Tanni Grey-Thompson's record ahead of the London 2012 Paralympic Games.

London 2012 was to be David's second Paralympics after first winning gold in the 800m and 1500m events at the 2004 Paralympic Games in Athens. He won four medals at the Games prompting glowing tributes from British news publications, including The London Evening Standard who reported that he "today became the greatest wheelchair racer of all time after winning the marathon - and his fourth gold in a stunning Games". Usain Bolt said he is "simply inspiring".

A true talent and enduring Paralympic athlete, David Weir goes down as a sporting great, making him a great choice for events where inspiration is the order of the day.

Watch an interview with David here:

“David was a delight to listen to and socialise with. His story is an inspiration and the way that he tells it is inspirational. David had time for everyone, was engaging and happy to sign autographs and be photographed with delegates from the moment he arrived to the moment he left. He is a brilliant talent and wonderful man”. – Mick, Parker Communications

Back to 'Olympic Speakers'
To book David Weir as the speaker for your corporate event, function or conference, contact The Motivational Speakers Agency using the contact details below:
Enquiry form 0207 0787 876 [email protected]
* 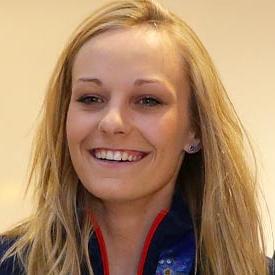