The Paralympian, crossbench peer in the House of Lords, broadcaster and Olympic speaker Baroness Tanni Grey-Thompson is one of the UK’s most successful Paralympic athletes, having competed in five Paralympic Games and won 11 gold and four silver medals as well as a bronze that she won in her first Paralympics.

Voted second behind Muhammed Ali in the sports star category of the Greatest Person of the 20th Century list composed by in the BBC Icons series' - Tanni Grey-Thompson is one of the UK's most influential figures. Having won 16 medals in Paralympic Games and broke 30 World Records, throughout a 16-year career as a wheelchair racer, Tanni Grey-Thompson is one of the most successful Paralympians in British and Paralympic history.

Tanni was confined to a wheelchair at the age of seven, having been born with Spina Bifida. In 1984, at the age of 15, Tanni began racing at the Junior National Games in Wales. Four years later she was representing Britain in the 1998 Seoul Paralympic Games. There she secured her first medal, a bronze in the 400m wheelchair race. The medals came thick and fast following her debut as Tanni would go onto collect an astonishing 11 gold medals, four silver medals and one bronze at Paralympic level, complementing a further six World Championship medals.

Tanni was awarded the BBC Wales Sports Personality of the Year award in 1992, 2000 and 2004 and finished third in theBBC Sports Personality of the Year in 2000. In 2005, she was appointed Dame Commander of the British Empire for her services to sport. Tanni's extraordinary record in sport has also seen her rewarded with a place on the boards of the London Marathon, Sportsaid Foundationand ukactive.

It isn't only sport though that Tanni Grey-Thompson has left a lasting impression on. In 2010 she was bestowed a life peerage. In her role as a crossbench peer in the House of Lords, Baroness Grey-Thompson uses her influence and experience to input on discussions regarding disability rights and welfare reform.

Tanni also features on organisational boards outside of sport, including Transport for London and the London 2017 Organising Committee, as well as holding the position of Chancellor of Northumbria University. She is a patron of Sportsleaders UK and a trustee for the Duke of Edinburgh Awards.

As a result of her efforts, Tanni was recognised on BBC Radio 4's Woman's Hour in a list of the 100 Most Powerful Women the UK. In 2019, Tanni was shortlisted for the Greatest Person of the 20th Century in the BBC Icons series, finishing runner-up in the sports category, behind Muhammad Ali. Held in the highest regard in Britain and around the world, Tanni is one of the most engaging Olympic, transport and diversity speakers available at events today.

Most recently Tanni has been awarded a coveted accolade in reward for her commitments to sport. At the 2019 BBC Sports Personality Awards Tanni was victorious, claiming herself the esteemed Lifetime Achievement Award. This award is bestowed upon someone who has significantly impacted upon the sporting industry. With her talent and commitment to sport, along with her burning passion to overcome adversity, it is no surprise that Tanni was bestowed with such an award.

"Tanni gave a real insight into what it takes to be a top athlete and to remain there for 16 years - an inspiration to all present." - Guinness

"She was brilliantly human, funny and inspirational. Her content chimed well with the theme of our conference and was very well received." - Leadership Foundation for Higher Education

"Dame Tanni’s presentation was outstanding. She delivered a talk that met the aims of the conference. The audience were completely engaged and hung on every word. The feedback was positive. They felt Tanni was an inspiration and felt that her comments about sport were easily transferable to education." - Jewish Schools Conference

"Tanni was a terrific speaker. She was able to tailor her message and really make it applicable to the wider context of our conference." - Lloyds TSB Bank PLC

Back to 'Olympic Speakers'
To book Tanni Grey-Thompson as the speaker for your corporate event, function or conference, contact The Motivational Speakers Agency using the contact details below:
Enquiry form 0207 0787 876 [email protected]
* 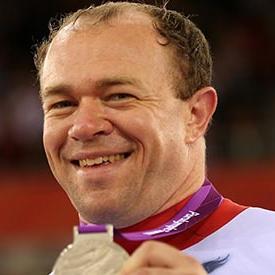