Jo Pavey has enjoyed an extraordinary career as a long distance runner. Stretching an unprecedented two decades, Jo Pavey could qualify for a record-equalling sixth Olympic Games at Tokyo 2020.

Jo is the only British runner to have ran at five Olympic Games and is ranked second in the UK's all-time list of 5000m and 10,000m runners behind only Paula Radcliffe. Displaying outstanding physical and mental strength to continue her career and reach five Olympic Games to date, Jo encapsulates the commitments needed to reach the pinnacle of sport and peak performance. A formidable career in athletics has included many highs and some lows, which she has always bounced back from with impressive durability.

Sydney 2000 was Jo's first Olympic Games, three years after making her debut on the international stage. Knee surgery plagued her during this time, but she still managed a 12th place finish in the 5000m despite over two years on the sidelines.

Jo won her first medal at the IAAF World Cup in Madrid 2002, when she took bronze in the 5000m race. Next, Jo would record a fifth place finish in the 5000m at the Athens Olympic Games in 2004 before earning another bronze medal at the 2004 European Cross Country Championships. The first gold medal of her career came in the 2006 European Cup in Malaga, Spain where she recorded a time of 8:52:54 in the 3000m race.

By the time London 2012 Olympics swung around, Jo was entering what many would define as the twilight of their career. For Jo, this was merely the beginning. After a successful European Championships in Helsinki where she won silver in the 10,000m, she came into the Games in good form. She recorded a seventh place finish in both the 5000m and 10,000m, the highest finishing European in both races. That though, was only half the story. In the tournament, she became the second-fastest Briton to run the 10,000m, the fastest European 10,000m runner and the second fastest athlete over the age of 35 to run the 10,000m, in history.

Inspired by her efforts on home turf, Jo would go on to finish the Commonwealth Games with a dramatic bronze medal, where she narrowly missed out on silver. She then won the 10,000m at the European Championships at the age of 40 to become the oldest gold medallist in the competition's history. Her 2014 successes saw her named third in the 2014 BBC Sports Personality of the Year award. She was also awarded the British Athlete of the Year Award.

Jo Pavey has enjoyed a sensational ride as an athlete and is undoubtedly one of the best-known and most loved in sporting history. She is able to relay her own experiences in as way that is both interesting and thought-provoking - making her one of the best Olympic speakers in sport.

Watch an interview with Jo here:

"The event was a resounding success and Jo was amazing, she went down a storm. Please pass on our formal thanks. Thank you for all your assistance" - Martin, AOL

“Jo was absolutely brilliant at this year’s Sussex Sports Awards. She was very professional in the build-up and made a real effort to learn about our event and the guests that she would be speaking to. Jo comes across as a very real and normal person, who has achieved remarkable feats in her life, and our guests found that hugely inspirational. I’ve had so many comments from guests about how friendly Jo was, and she stayed afterwards chatting away to some of them. Thank you so much to Champions UK for recommending and arranging Jo; she fitted the bill perfectly!” - Ed, Active Sussex

Back to 'Olympic Speakers'
To book Jo Pavey as the speaker for your corporate event, function or conference, contact The Motivational Speakers Agency using the contact details below:
Enquiry form 0207 0787 876 [email protected]
* 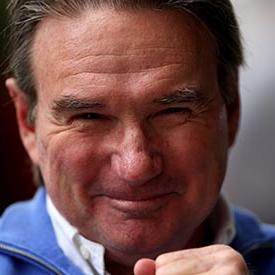