British artistic gymnast, Max Whitlock has an impressive and inspiring story that leads up to him becoming a five Olympic medalist. With two gold and three bronze medals, Max has shown extreme drive and determination to become the best within his field of expertise. Now taking to the stage as a motivational speaker, Whitlock is ideal for audiences looking for business or sport motivation.

Discovering gymnastics when he was only seven, Max joined the Sapphire School of Gymnastics. By the time he was 12, Whitlock had become so dedicated that he followed his coach out to his home country, Slovenia, so that he could continue training. He met his current coach, Scott Hann on his return to England at the South Essex Gymnastics Club. His first major competition, the 2010 Junior European Championships, saw him win gold on pommel horse and floor, he ranked second overall by the last day of the competition.

A huge career highlight for Max Whitlock was at the 2016 Rio Olympic Games. Competing in the all-around gymnastics event, he managed to win Team GB’s first bronze medal in over 108 years. He then went on to win gold in both the individual floor exercise and the individual pommel horse. As the first-ever British gymnast to win individual gold, this was a big day for both Team GB and Whitlock. Only two years later, he also managed to strike a gold medal in a team event at the 2018 Commonwealth Games.

Most recently, Max has competed at the 2019 European Artistic Gymnastics Championships. And after his unfortunate error at the 2018 Championships in his pommel horse routine, it was highly deserved when he received a gold medal the following year in Poland. As a highly celebrated Olympian, he was also awarded an MBE at the 2017 New year Honours for his services to gymnastics. His MBE was followed up with an OBE in 2022.

Whitlock’s journey to gold is one that has already inspired the majority of the nation. With impressive strength, determination and a ‘can-do’ attitude, he managed to achieve his dreams and is now helping others to achieve theirs through the power of motivational speeches. As a relatable figure for young people, a role model for aspiring athletes and gymnasts and someone with traits desired by those in the business world, Max Whitlock is ideal for a whole host of events in the search for an effective motivational speaker.

Watch the video below to see Max in action:

The Olympics
Drive & Determination
Achieving Your Dreams
Being In Control Of Your Own Success
Pushing Yourself
Back to 'Olympic Speakers'
To book Max Whitlock as the speaker for your corporate event, function or conference, contact The Motivational Speakers Agency using the contact details below:
Enquiry form 0207 0787 876 [email protected]
* 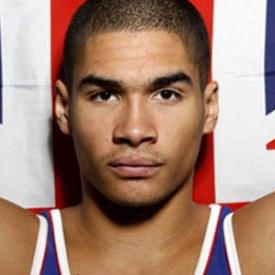 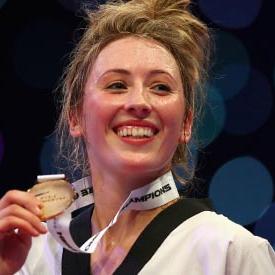