The mastermind behind the London 2012 Olympic Games, Lord Sebastian Coe, is a former world-leading middle-distance runner and politician who forged a successful and illustrious career himself as an Olympian, securing 4 medals whilst an athlete, including 2 gold.

Arguably one of the biggest name in British sport, with his exposure increased further after the success of the London Games, Lord Coe’s addition to all events and conferences as an after-dinner speaker, keynote or Olympic speaker is something that is certain to heighten the profile of the occasion.

An illustrious sports speaker, Lord Coe is President of the International Association of Athletics Federations (IAAF) and the Executive Chairman of CSM Sport & Entertainment. He was also made a Life Peer in 2000 having been a Member of Parliament for the Conservative Party from 1992 to 1997 for Falmouth in Cornwall.

As a dominant middle-distance athlete, Lord Coe won the Olympic gold medal at 1500m at both the 1980 Moscow Olympics and 1984 Los Angeles Olympics becoming the only man ever to successfully defend the title. He also won 800m double silver at the same games and went on to set 12 middle-distance world records in an illustrious career.

Making his first significant mark as an athlete, Lord Coe won the 800m at the 1977 European Indoor Championship. The following year he made a huge statement to his rivals setting a new United Kingdom 800m record and then, in 1979, he broke the 800m, 1500m and mile world records, all in the space of 41 days, an almost unbelievable period of track and field dominance. Proving his immense popularity with the public, Lord Coe was voted the BBC’s sports personality of the year in 1979 and in 1982.

Sharing a fierce rivalry with fellow compatriot Steve Ovett, both men seemed motivated to push each other to become better athletes; their rivalry went down in history as one of the greatest to have occurred in British Athletics and is one that is still referred to today, more than 30 years on.

Lord Coe retired from athletics in 1990 and two years later was elected Member of Parliament for Falmouth and Camborne. He later chaired the London Organising Committee of the Olympic and Paralympic Games (LOCOG). Having worked successfully on the London 2012 Games and with FIFA, Lord Coe suitability within all ranges of sport is phenomenal and quite unrivalled.

Proving popular as an after-dinner speaker, especially for conference attendance, Lord Sebastian Coe is without a doubt an excellent choice for your event. An inspirational individual who has been the linchpin and architect for the biggest sporting extravaganza our country has ever experienced, his appearance at any event or occasion as an Olympic speaker is guaranteed to ensure it lives long in the memory.

“Seb’s content and delivery were truly inspirational. We have never seen such a universal and overwhelming reaction.” - Deloitte

"We were delighted with Seb's talk - he was very inspiring and 100 percent on brief / message, as well as funny - particularly good banter with one of the Australian senior team at AstraZeneca." - Brand Learning Partnership

"Seb was absolutely terrific. He was completely on message and spoke in front of a record Airmic audience (standing room only at the end) as if he was confiding to some friends over dinner. His message was entertaining, informative and inspiring to all those facing challenging tasks in the audience. He absolutely got our conference off to a flying start." - AIRMIC

Back to 'Olympic Speakers'
To book Sebastian Coe as the speaker for your corporate event, function or conference, contact The Motivational Speakers Agency using the contact details below:
Enquiry form 0207 0787 876 [email protected]
* 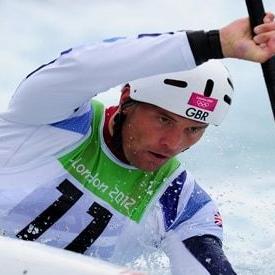 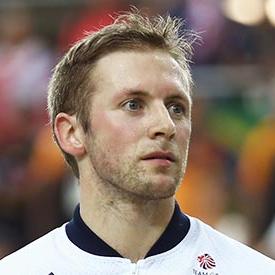