Performance-enhancing psychologist and coach Jamil Qureshi is at the forefront of peak performance psychology.  Jamil has enjoyed an illustrious career coaching some of the top elite athletes and erudite business leaders in the world. As a speaker, Jamil uses his expertise to help others better themselves and has delivered over 1000 talks across 24 countries.

Jamil Qureshi is a performance enhancing psychologist best known for coaching elite sporting stars. Across sports such as golf, football and Formula 1 Jamil has worked his magic to coach high-profile sportsmen to obtain their peak performance through the psychology of performance. Since Jamil first began coaching, he has led six people to become number one in the world. His most notable appointment as a performance coach was back in 2006, becoming the first-ever official psychologist for the prestige European Ryder Cup team. With Jamil’s impeccable comprehension of what it takes to succeed, he was able to nurture the team and help them to make history with record-equalling margins.

Three English Premier League football clubs have also been fortunate to experience Jamil’s astounding coaching proficiency. Manchester United, Chelsea and Manchester City football clubs have all sent their players to be enriched with Jamil’s fascinating perspectives. 22 golfers have also been subject to Jamil’s coaching, all of which being in the top 50 golfers in the world as well as two of them being world number ones. Formula 1 drivers have also sought after Jamil, famed drivers David Coulthard and Eddie Irvine have reaped the benefits of Jamil’s authoritative leading expertise. With previous clients such as Graeme McDowell, Paul Casey, Sergio Garcia, Lee Westwood, Darren Clarke, Henrik Stenson, Thomas Bjorn and Paul McGinley it is without a doubt that Jamil is revered amongst high-profile stars.

Jamil is also able to transfer his performance psychology to provide constructive business coaching too. Working with business leaders, Jamil has delivered countless programmes that help organisations to better their workforce through change management and ensuring peak performance company-wide. He has worked with multiple high-profile businesses and organisations, with previous clients including the likes of Cisco Systems, Coca Cola and Emirates Airlines. A number of brands have called upon Jamil to lead their teams pivotal in managing change management. In particular, he has worked with Lloyds Banking Group on their integration systems, with the Post Office to improve their working culture and with Marks and Spencers to re-establish the standard of their working force.

Alongside his coaching ventures, Jamil has founded and acted as a board member to a number of businesses. In 2007 he founded JQED Ltd, described as a boutique performance coaching business, fulfilling his passion to provide blue-chip companies and the worlds best sportspeople with high-class coaching. In 2013 he took on a number of responsibilities such as Advisory Board Member of Kwikpay, Director of Consulting Services at Shirley Parsons and Content and Performance Director at Loudhouse. In 2014 he co-founded We Do Things Differently which works to drive change within organisations and truly define the meaning of activity and productivity. Most recently, in 2020, Jamil co-founded www.thegrowingcoaches.com.

With a diverse history in the world of business, Jamil has built invaluable expertise and experience that he is able to incorporate within his speeches as a public speaker and coach. His roles throughout his career allowed Jamil to build a diverse skillset, experiencing everything from health, wellbeing, safety, sustainability, quality, internal communications and strategic engagement. Always well received in his deliveries as a motivational speaker, Jamil is charismatic with an infectious stage presence guaranteed to be an influential character on audiences across a variety of sectors. Jamil was recognised in the Motivational Speakers Agency list of leading organisational behaviour speakers.

We recently sat down with Jamil and discussed all things peak performance, working with Liverpool and Manchester city footballers and what makes a great team. Read our exclusive interview with Jamil, or watch the Q&A on our YouTube channel!

"Jamil's session was fantastic and really well received by all of our customers, so a huge thanks to him and also for your help in the run up to it" - Laura, Events & Community Manager, Benefex

"A massive hit. A masterful balance of humour and rich content"- Emerates Airlines

"An inspirational and valuable member of the team"- Sam, Premiership Football Manager

"An outstanding performance coach even to the most sceptical Premiership footballers!"- Manchester City FC

"Genuinely funny, provocative, and engaging! It is not often, you see someone you immediately want to re-book for next year!"- Unilever Ventures

"I just wanted to leave you a super positive feedback on Jamil's Talk of yesterday: inspiring and motivational - Jamil is really passionate and engaging. The client was very satisfied.I hope there’ll be the chance to work together again in the future." – Caterina, challengenetwork IT

Back to 'Peak Performance Speakers'
To book Jamil Qureshi as the speaker for your corporate event, function or conference, contact The Motivational Speakers Agency using the contact details below:
Enquiry form 0207 0787 876 [email protected]
* 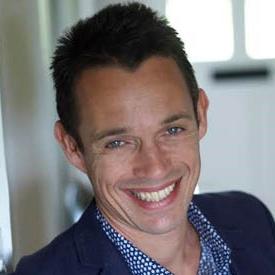