Having fulfilled a variety of senior positions in the public sector, Alistair Darling is one of the country’s most knowledgeable after dinner speakers. Serving as the Chancellor of the Exchequer between 2007 and 2010, Alistair Darling was a prominent member of the Labour government under Gordon Brown.

Born in London in 1953, Alistair pursued a law degree at the University of Aberdeen, graduating in 1976. In line with his academic pursuits, he worked in the law sector for several years. He joined the Labour Party during the late 1970s and was first elected to the Lothian Regional Council in 1982. Rising quickly through the ranks, he would go on to work in a variety of top positions in the public sector.

He became Chief Secretary to the Treasury in the mid-1990s, becoming Secretary of State for Social Security in 1998. He began working as the Secretary of State for Transport during the early 2000s, a position which saw him make the move to the Department of Transport. During this time, Alistair oversaw several major public projects, which included the creation of Network Rail. Furthermore, he also played a crucial role in the creation of legislation such as the Railways and Transport Safety Act and the Railways Act.

As part of a cabinet reshuffle in 2006, Alistair took up a position as the Secretary of State for Trade and Industry. Less than a year later, Alistair experienced an unquestionable highlight of his career, being appointed Chancellor of the Exchequer under Gordon Brown. He took up the position at an incredibly challenging time, just when the financial crisis was beginning to set in. During this time, the United Kingdom also saw its first bank run in almost 150 years, with Darling playing an important role in the policy response to the run on British bank Northern Rock.

Having acquired a wealth of knowledge at the forefront of British politics, Alistair’s speeches provide fascinating insight into some of the country’s most fascinating political developments. Functioning as one of the country’s most insightful motivational speakers, Alistair’s speeches also demonstrate the capabilities needed to overcome a variety of professional obstacles. Appearing regularly as a speaker at corporate events and gala dinners alike, Alistair Darling is an exciting addition to a vast array of events.

“Michael spent the day supporting our Finance in the South West event, mixing with delegates during the break and providing interesting and entertaining presentations when speaking.  The quality and detail of Michael’s presentations reflected the themes running through our day, and added weight to the messages we were putting across to clients and other delegates in the room.  We would happily recommend Michael to other organisations, and look forward to working with him again.” - Lewis Banfield, Partner at Francis Clark LLP

Back to 'Politics Speakers'
To book Alistair Darling as the speaker for your corporate event, function or conference, contact The Motivational Speakers Agency using the contact details below:
Enquiry form 0207 0787 876 [email protected]
* 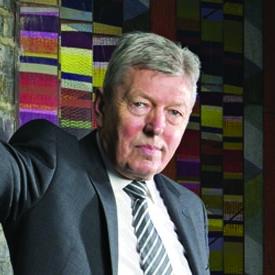