A former British politician who served the Conservative Party under former Prime Ministers Margaret Thatcher and John Major, Douglas Hurd spent 23 years at the forefront of British politics, earning him a position as one of the most highly respected political statesmen of today.

Hurd would begin his political career as the MP for the Mid Oxfordshire constituency (later Witney), first winning his seat in 1974. He would hold his seat until he retired from politics in 1997. Following his election and due to his time serving in the Army and the Diplomatic Service, Hurd was made Commander of the Order of the British Empire in 1974.

Five years after he joined parliament, the Conservative Party won the 1970 general election and Hurd was duly appointed Minister of State for Europe, a role he would fulfil for four years under Margaret Thatcher, before he was appointed Secretary of State for Northern Ireland in 1984. His final promotion under Thatcher’s government was to take him to the role of the Home Secretary – where he would stay until 1989.

Hurd stood in the leadership election after Thatcher was withdrawn from the second round. He would come third in the contest but was appointed Secretary of State for Foreign & Commonwealth Affairs during the final months of Thatcher’s government and would continue under incoming Prime Minister, John Major. Here he would make his most memorable political contributions.

In the height of the Cold War, Hurd played an essential role in Britain’s diplomatic response, helping in the collapse of the Soviet Union. He would also lead the response team during the first gulf war and build a strong relationship with US President, George Bush Sr. He would also welcome a reunified Germany back to the European political community in 1990, with open arms. Since leaving the House of Commons in 1997, he was bestowed with the title Baron Hurd of Westwell, allowing him to sit in the House of Lords, which he did so until his retirement in 2016. He was also awarded the Insignia of a Companion of Honour in 1996. 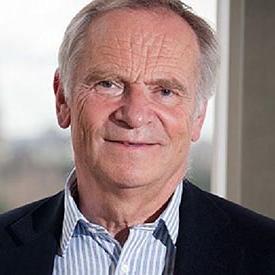