Julie Etchingham is a broadcast journalist, who has reported for the likes of the BBC, ITV News and Sky News. With experience on anchoring, live news, in-field reporting and documentaries, Julie has interviewed many prestige individuals, including the likes of Pope Francis, Hilary Clinton and Prince William. Today, Julie is the perfect choice for an event host at a corporate event or using her previous experience of moderating as a conference facilitator and moderator.

Leading television newsreader and journalist, Julie Etchingham has been a prominent figure in media broadcasting for a number of years. Presenter of the flagship programme News at Ten and Tonight for ITV, Julie has reported and anchored some of the biggest events and news stories in recent years. Most notably, Julie made history as the first woman to moderate a General Election debate in 2015 and has moderated every ITV referendum and election debate since 2015.

During her successful career as media broadcaster and journalist, Julie has had the opportunity to work with some of the UK’s biggest news broadcasters- ITV, BBC, Channel 5 and Sky. She has also presented a number of one-off special programmes for events, such as the wedding of Prince William and Kate Middleton, the Queen's Diamond Jubilee and the election of Pope Francis. Julie has made headlines for her work, widely known as the first British journalist to interview Pope Francis and as the President of the Women of the Year Awards and lunch.

A truly exceptional individual in the broadcasting world, Julie has been recognised for a number of accomplishments, including London Press Club's Broadcast Journalist of the Year in 2016 and in 2010 became the first woman to be awarded Presenter of the Year at the Royal Television Society journalism awards, going on to be awarded the title again in 2016. As well as television journalism, Julie has also worked as a journalist for publications such as The Tablet, The Guardian, The Telegraph, The Sunday Times and The New Statesman. She currently acts as a patron of Caritas Anchor House, Abigail's Footsteps and Kids for Kids and is a trustee of The Galileo Foundation and The Tablet.

As a result of her vast experience as a presenter, Julie is ideal to host, facilitate, provide a fireside chat or be the interviewer at all manner of events, conferences and functions. Her previous experience of conference moderation includes moderating issues at the Vatican, which the esteemed Pope Francis attended. A strong female role model in the media, Julie is able to provide inspiration for the younger generation, as well as motive audience members to get into the media industry. Not only that but with a long list of subject interests, Julie will bring a professional manner, varied and fascinating insights and will keep audiences engaged at your event.

Watch Julie at the 2013 Women of the Year Lecture:
Watch Julie Etchingham interview Theresa May on tackling domestic violence:
Watch Julie's acceptance speech when awarded an honorary degree from the University of Leicester:

Back to 'Conference Facilitators & Hosts'
To book Julie Etchingham as the speaker for your corporate event, function or conference, contact The Motivational Speakers Agency using the contact details below:
Enquiry form 0207 0787 876 [email protected]
* 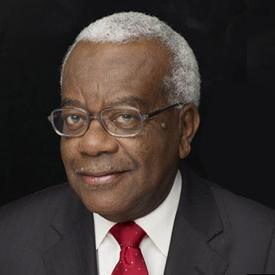