Marcus Collins is widely regarded as a marketing expert. Currently acting as the Marketing Professor at the Ross School of Business, Marcus is helping to develop the future generations of budding marketeers and has forged a reputation as an award-winning advertiser. Before life as a professor, Marcus worked amongst the stars acting as the Head of Strategy for Beyonce. Now a highly sought public speaker, Marcus is sought to cover the course of his marketing career and the lessons he has learnt along the way.

Marcus Collins is a marketing expert, known for shaping the brands of many of the world’s most prominent brands as well as a few celebrities. Growing up in a diverse community with a mix of both black and white people, Marcus was subject to an array of different cultures. Experiencing such diversity has helped Marcus in his adult life, now utilising his knowledge of culture to help various brands to translate culture. Widely regarded as an authority on culture, Marcus is currently working as the Professor of Marketing at the Ross School of Business. At the Ross School of Business, Marcus researches into cultural contagion and the effect that it has on consumer behaviour. Encouraging budding future generations to pursue careers as marketers, Marcus is engaging and passionate in his lecturing.

Extending his study of cultural contagion, Marcus also helps various blue-chip companies with his studies. Companies such as McDonald's and Google have sought Marcus’ expertise, helping them to create marketing campaigns that encompassed his theory of cultural contagion to create campaigns across online and offline mediums. Helping them to navigate the new possibilities and challenges that the digital age poses, Marcus has helped some of the world’s largest organisations to transform their marketing efforts. For the past 10 years, Marcus has dedicated his time to studying what motivates people to create change, studies that he has transferred into his efforts as a marketeer to create catalysing campaigns.

One of Marcus’ biggest roles of his career was acting as the Head of Digital Strategy for Beyoncé. Putting into practice his expertise in branding, marketing and advertising, Marcus helped to push the brand of the singing sensation and marketed her talents to the world. Marcus also played a prominent role in iTunes Partner Marketing, spearheading the iTunes and Nike Sport Music campaigns for Apple. Heavily involved in the music industry, Marcus is also the co-founder of Muse Recordings, a start-up music business. Sitting at the helm of marketing for various blue-chip companies, Marcus is behind campaigns such as the Made In America Music Festival for Budweiser, Cliff Paul for State Farm and the Netflix Stranger Things conquest.

Throughout his career, Marcus has been highly rewarded and recognised for his talents. He has been inducted into the American Advertising Federation’s Advertising Hall of Fame and been recognised in Ad Age’s and Crain’s Business 40 under 40s. Now a highly sought public speaker, Marcus helps corporate clients to better market their businesses. Covering topics such as digital marketing, social media marketing, cultural contagion and brand strategy, Marcus is considered an industry-leading authority and perfect for a range of different audiences.

Marcus Collins is a Professor of Marketing at the Ross School of Business, and has formerly acted as Head of Digital Strategy for Beyoncé. Here he is speaking about unwritten creativity commerce rules with Talks at Google.

”Simply put, Marcus is exceptional... exceptionally capable, passionate, multidimensional, super smart, engaging, human, inspiring, relational, real. He has demonstrated all of these qualities as a speaker and team member at Hyper Island. Such a great joy... I can’t say enough”- Laura, Hyper Island

”Marcus Collins is nothing short of fantastic. As a speaker, Marcus has a way of presenting that’s often difficult to find... He’s a rare gem when it comes to presentation style, ability to take feedback, area of expertise, and more. Marcus truly listens to what others have to say before responding. I happily recommend him to everyone”- Jaclyn, Capital One

A Whole New World- Calibrating a Perspective on Segmentation and Data

You Know What I Mean?- A Cultural Look at Consumer Meaning-Making and Brand Consecration

Unlocking the Power of the Network

Professor of Marketing at the Ross School of Business

Back to 'Marketing & Branding Speakers'

To book Marcus Collins as the speaker for your corporate event, function or conference, contact The Motivational Speakers Agency using the contact details below: 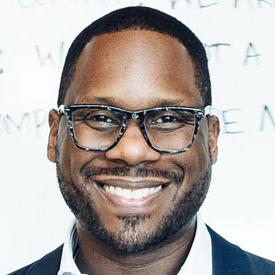 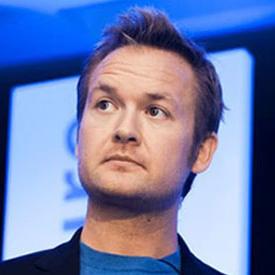