Former Director General of the British Security Service from 2007 to 2013, Lord Jonathan Evens, has reached the summit of greatness within his field.

After joining the security service in 1980, he first worked on counter-espionage investigations. However, after a few years and moving into different job roles, Lord Evans’ main focus became international and national counter-terrorism.

During his career at MI5, he oversaw the violence in Northern Ireland, became an expert on al-Qaeda and other Islamic terrorism, and has dealt with a number of UK threats from digital espinoage to economic security.

Following his retirement as Director General, Evans joined the Board of HSBC Holdings as a Non-Executive Director. He is also a non-executive director of Ark Data Centres, a Senior Associate Fellow at the Royal United Services Institute and an Honorary Professor at the University of St Andrews. From 2014 to 2015 he was a non-executive director of the National Crime Agency.

Having worked at the Home Office and the Secret Service, as well as working with some of the most high profile individuals in the world, Lord Jonathan Evans, is a leading figure that is held in the highest esteem. His intelligent discussions are educational and thought-provoking, always leaving audience members with key points to takeaway.

Lord Evans was appointed Knight Commander of the Order of the Bath (KCB) in the 2013 New Year Honours, and was named as Baron Evans of Weardale in November 2014. He was also appointed a Deputy Lieutenant of Kent in 2015.

Watch the video below to get an idea of what Lord Jonathan Evans can bring to your corporate event:
Security Service
MI5 & National Security
Technology & Cybersecurity
Peak Performance
Drive & Determination
Back to 'Security & Risk Speakers'

To book Jonathan Evans as the speaker for your corporate event, function or conference, contact The Motivational Speakers Agency using the contact details below: 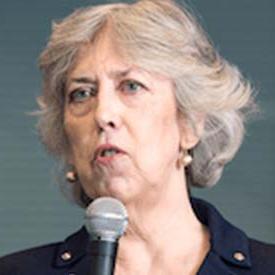 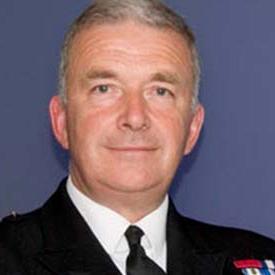 Alan West Commander In Chief Of The Royal Navy