A keen advocate for sustainable transport, Chris Ramsey is a prominent figure in the future of electric cars and bikes. Having travelled across continents, through 23 different countries and pushed them to the extreme, Chris is continually proving the capabilities of electric vehicles. A passionate sustainability speaker and pioneer of the electric vehicle world, Chris insightfully opens his audiences' eyes to the future that such technology promises.

Adventurous at heart, Chris has taken his electric vehicles along for the ride to break world records. Back in 2016, he took on the challenge of driving 2500 miles in under 60 hours, testing the capabilities of the BMW i3 to its limits. Incredibly Chris was able to complete the task at hand, even finishing with two hours to spare. In 2017 Chris took to the electric car once more, this time to complete a gruelling 10,000-mile rally, crossing an astonishing two-thirds of the planet from London to Siberia. A feat that to some may seem impossible, Chris completed in just 56 days. A year later Chris decided to change from four wheels to two, breaking the Guinness World Record for the longest distance covered on an electric bike in 12 hours. Along his journeys, his passion for sustainability has always been a core motivator for Chris, and he was influential in the introduction of electric charging points in Kazakhstan.

Chris has been pushing the importance of electric vehicles since the early stages of the industry. As early as 2012 Chris was keen to prove that there was a future in electric vehicles, and so he drove to the three UK capitols in a bid to raise awareness of what the technology was capable of. After sparking interest in the vehicles, Chris then took on the task of travelling from John O’Groats in Scotland to Land’s End in Cornwall. Electric car giant Tesla had previously attempted this journey, Chris smashed their time taking 26 hours to complete the trip. Chris’ knowledge in the industry is both unique and insightful. His travels across the globe have allowed him to build a plethora of motivational stories, delighting audiences with his tales of triumphs and struggles and how he was able to overcome such struggles.

With the invaluable life experiences he has accumulated during his global travels, Chris is able to instil lessons of resilience and determination in the minds of willing audiences. Sustainability is always a pivotal topic of his speeches, inspiring audiences to take steps to lead a more eco-friendly lifestyle. Knowledgeable in technology, Chris is also a great choice as a technology speaker able to discuss a range of current and intriguing developments in the world of electric vehicles. Truly perceptive, Chris perfectly explains energy storage, global charging infrastructure and connected mobility.

"Here's some initial feedback on Chris, all really positive- 'I'm not into cars but this was great- authentic speaker, with real passion', 'A great event for Climate Action Week, feeling very inspired' and 'Very thought-provoking, Chris was so interesting'." - ITV

Travelled from John O'Groats to Land's End in 26 hours

Back to 'Sustainability & Environment Speakers'
To book Chris Ramsey as the speaker for your corporate event, function or conference, contact The Motivational Speakers Agency using the contact details below:
Enquiry form 0207 0787 876 [email protected]
* 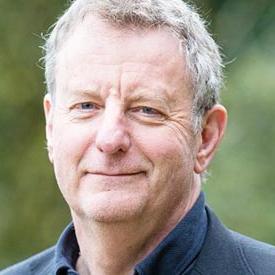