CEO of the largest and most influential network of senior oil and gas, finance and investments executives in the world, Pierce Li’s hugely versatile role at the Oil and Gas Council has established him as one of the most powerful people within the fossil fuel industry.

Pierce is currently the CEO and co-chief executive officer of the Oil and Gas Council, he made his way up from acting as the vice president to the senior president of business and development in 2011. By 2013 he was the president of the organisation and became responsible for the overall development and growth strategies of the business as well as government and public relations, sales and marketing, human resource management, administrative matters and public relationships in relation to the ongoing CBM projects.

Now Li uses his platform as a keynote speaker. He has attended huge events such as the 2017 China Energy Assembly, where 300 attendees listened to him refer to prospects of the Chinese natural gas market and the outlook of AAG Energy in the future, determined to pursue new oil and gas opportunities for the future growth of China.

Pierce Li has already successfully established himself as a popular keynote speaker but he is now venturing into delivering motivational speeches to empower individuals and businesses. He aims to inspire them to become more sustainable as well as more driven and passionate to thrive as an organisation. 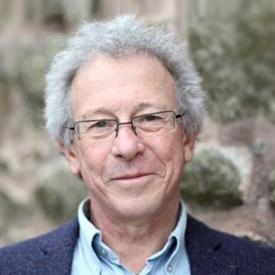