Jimmy is an American Internet entrepreneur best known as the co-founder and promoter of the world-famous non-profit encyclopedia Wikipedia and the for-profit Wikia web hosting company. Born in Huntsville, Alabama, Jimmy attended Randolph School, a university-preparatory school, and later he earned bachelor’s and master's degrees in finance from Auburn University and the University of Alabama respectively.

While in graduate school, he taught at two universities, but left before completing a PhD to take a job in finance and later worked as the research director of a Chicago futures and options firm.

In 1996, he and two partners founded Bomis, a web portal. The company would provide the initial funding for the peer-reviewed free encyclopaedia Nupedia and its successor, Wikipedia. Since the launch of Wikipedia in January 2001, Jimmy has become the company’s leading spokesperson and technology speaker.

It is undeniable that it is thanks to Jimmy’s own business and ethical principles that Wikipedia has found such enormous success. The peer-review community upon which Wikipedia was founded has allowed the website to remain free and accessible to millions of people around the world.

In his work as a technology and innovation speaker Jimmy has discussed the importance of community and development within the internet business sector, whilst the continual growth of Wikipedia, in many ways, speaks for itself. Acting as the company’s leading technology speaker, media spokesperson and promoter, Jimmy has been named one of Time Magazine’s Most Influential Scientists & Thinkers in 2006, whilst the World Economic Forum recognised him as one of the Young Global Leaders of 2007.

In much of his work as an after-dinner speaker and business leader, Jimmy has discussed the importance and impact of independence and individualism on his business strategy and personal success.

"Jimmy's speech was great and we also received very good feedback from the sponsors doing private events with him... Looking forward to collaborating again in the future." -World Business Forum

"It was great. After we opened up the invitation, we filled the auditorium and had an overflow room. C-SPAN broadcast live. He was engaging and interesting. Thanks for working with us on it!" -CATO Institute

"We were all so thrilled with Jimmy. He was so open and dedicated to share with us, McCann people, media, students and the keynote audience such inspiring stories about him, Wikipedia and basically about such a wide array of interconnected subjects. We were all inspired in such a fantastic way by his presence here." -McCann/Thiess

"Jimmy Wales was wonderful; he is definitely a 'kind and thoughtful human being' which was a phrase he repeated several time during the presentation and conversations. And if he thinks those are important traits for his website, then he must possess them! I would highly recommend him to any group, he was funny and engaging, and a total pleasure to be with." -Flexible Packaging Association

To book Jimmy Wales as the speaker for your corporate event, function or conference, contact The Motivational Speakers Agency using the contact details below: 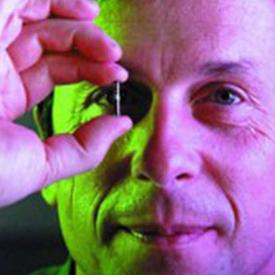