Co-founder and current chairman of Hyperloop Transportation Technologies, CEO and founder of Digital Magics and prolific TedX Speaker, Bibop Gresta is an innovative business leader, entrepreneur and expert in technology. A versatile motivational speaker can cover topics including venture capital, finance, transportation and media with a confident yet relatable delivery making him accessible to corporate audiences of all varieties.

After finding his entrepreneurial flair at the young age of 15, Bibop became the director of the Italian division of Alpha Center International where he had previously been coding for from the age of 13. After overseeing the software development department for nearing two years, he took his expertise to become a computer science teacher for the En. A.I.P.

Throughout his career, Bibop has become a board member of Brainspark LTD where he helped to grow their net asset value to more than 60 million euros, he also founded the first Italian cross-media agency named Bibop SPA in 1995 that was later expanded into South America, Asia and the Middle East and co-founded Digital Magics and crowdsourcing giant JumpStartFund in 2003 and 2014 respectively.

Gresta currently continues to invest his efforts into JumpStartFund as a board member. He also formed a team of 800 people via crowdsourcing in order to co-found HyperloopTT in 2014. The largest company built upon a collaborative business ecosystem that spans six continents, is currently working to develop a high speed, intercity transporter that was initially envisioned by Elon Musk.

An innovative, creative and passionate businessman who is not known to shy away from opportunities, Bibop Gresta can influence audiences as a motivational speaker and encourage them to perform at their maximum productivity. With an abundance of fascinating career anecdotes, Bibop can captivate even the largest audiences whilst also sharing his views on sustainability, ethical entrepreneurship and transhumanism. Regularly called upon to speak at high-profile universities and events including the World Economic Forum, United Nations and various TedX Talks, Gresta is also no stranger to delivering the most dynamic and insightful speeches. 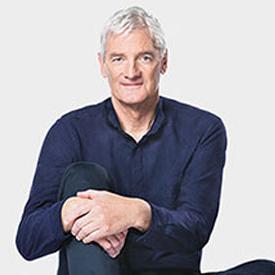