American entrepreneur Biz Stone is famed for being the co-founder of the social media giant Twitter. Angel investor and advisor in the business start-up sector, Biz is highly regarded as an erudite businessman with unparalleled industry experience. As a public speaker Biz is sought-after by high profile clients across the globe, offering leading advise on various aspects of business management and the future of technology.

Biz began his now illustrious career off the back of dropping out of an art scholarship, instead joining Little, Brown and Co as a designer. Many thought that Biz would not achieve greatness, yet he proved them wrong with a tale that takes him from rags to riches. He later joined Xanga Inc as a Creative Director, working as a pivotal member in the creation of Xanga.com. Utilising his product management and design work, Biz was able to help the company veer towards a better social networking and blogging community. It was after this that Biz was appointed a role Senior Specialist at Google. He was a key member of the Blogger team, responsible for a range of disciplines such as product development and product marketing management.

After working for Google Biz decided to venture into founding his own companies. In 2006 Biz challenged his creative genius alongside Jack Dorsey to co-invent and found Twitter. His previous experience working for technology giants encouraged Biz to brainstorm potential future technologies in the social media sector, and so the microblogging and social networking platform Twitter was born. The platform immediately became a great hit, allowing news to travel faster than it ever had done before as more and more people joined the networking platform. As of 2012, the platform had over 100 million users, a true credit to Biz’s technological genius.

Biz also founded several other companies. In 2011 he co-founded the website Medium.com, a platform with the vision of becoming the very best place to read and write on the internet. This was followed by the co-founding of The Obvious Company, established in a bid to improve working together through development systems and mechanisms for a better world. He finally co-founded the search-engine company called Jelly Industries. Biz is also an eloquent author having written Blogging: Genius Strategies for Instant Web Content, Who Let the Blogs Out? and Things a Little Bird Told Me.

Highly accredited throughout his career, Biz has been the recipient of many awards and has been recognised in esteemed publications lists across the globe. He has been awarded the International Center for Journalists Innovation Award, 2014 Innovation Award by The Economist and bestowed with an honorary degree of Doctor of Laws from Babson College. He was titled Entrepreneur of the Decade by Inc. Magazine, Nerd of the Year by GQ and noticed as one of the Top 100 Most Influential People in the World by Time.

As a speaker he is able to deliver authoritative addresses on a range of topics, advising top businesses across the globe with the knowledge he cumulated during his illustrious career. From business management to emerging technologies and the future of technology, Biz is the perfect technology and innovation speaker to leave a lasting impression on audiences of any size.

Co-founder of Twitter, Biz Stone discusses how he established himself as an entrepreneur and what he thinks to be important requirements for success.
Watch Biz speak on social innovation, for National Geographic:
Biz speaking at The One Young World Summitt 2018:
Biz speaking with Jack Dorsey at the 2013 Endeavor Entrepreneur Summitt:

"Mr.Stone was a huge hit, charming the audience with his easy-to-connect speech and friendly approach"- World Knowledge Forum

"He was perfect!"- Director, Qualcomm

"Biz's speech really resonated with the nearly 13,000 attendees. It truly became what we wanted it to be- an intelligent and honest dialogue about the role and impact technology plays in how society engages and connects."- Microsoft

"Biz was absolutely amazing today! The whole group so enjoyed getting to hear his story and vision for the future"- Citigroup

Back to 'Technology Speakers'
To book Biz Stone as the speaker for your corporate event, function or conference, contact The Motivational Speakers Agency using the contact details below:
Enquiry form 0207 0787 876 [email protected]
* 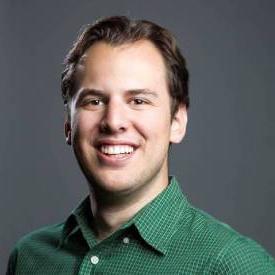