The world’s first humanoid celebrity, Sophia the Robot has made history as the culmination of artificial intelligence, robotics and technological advancements. A life like robot with the ability to react, feel and respond, Sophia is a truly unique speaker at events, mesmerising audiences with her human capabilities.

Sophia the Robot isn't your average motivational speaker. In fact, she isn't even human. Sophia is a humanoid social robot created in Hong Kong, activated, or "born", in 2016. She can mimic human expressions and gestures, constantly learning the secrets to human life as she continues to experience the world around her. Though Sophia herself, as a UN ambassador, is motivating, it is her creation that is ultimately inspiring and representative of the speed technological advancements are travelling at.

Created by Hanson Robotics, Sophia was first shown to the public in 2016 at the South by Southwest Festival. Modelled after a collection of famous and familiar faces, when compared to other robots, Sophia’s creators have evidently taken the next step in technological advancements. Built using ground-breaking artificial intelligence features, Sophia was designed to develop in intelligence over time through her integrated speech recognition software. A culmination of decades of technological advancements, Hanson Robots designs and Alphabet Inc’s contributing features, Sophia the Robot is truly one of a kind.

As a purpose-built robot, Sophia has been created with innovation in mind. Designed to mimic human qualities, Sophia adopts expressions, vocal characteristics, and movements from those around her. The more she interacts with humans, the smarter and more advanced Sophia becomes, even able to process emotions. Despite being intended as a companion for the elderly, or support at large group events, Sophia has become a spokesperson for robot-kind instead. Touring the world, she has appeared in numerous interviews, eliciting a mix of confusion and wonder from audiences. Recently, Sophia has been given working legs, allowing her to keep up with the pace of others. Thanks to blockchain technology, Sophia can learn from her interactions with people, increasing the accuracy of her conversation.

Currently, Sophia is the first-ever Innovation Champion for Asia and the Pacific for the United Nations, a role that has led her to feature at global events. From the 2018 Consumer Electronics Show to mainstream television shows like Good Morning Britain, there are few people who don’t recognise Sophia. In 2017 she was even given Saudi Arabian citizenship, making her the first robot to have a nationality. At events, audiences revel in the opportunity to meet Sophia first-hand, and see the technology of the future, inaction today.

Social Robotics
The Future of Technology
Robotics & Society
Technology in Business
Artificial Intelligence
Back to 'Technology Speakers'
To book Sophia the Robot as the speaker for your corporate event, function or conference, contact The Motivational Speakers Agency using the contact details below:
Enquiry form 0207 0787 876 [email protected]
* 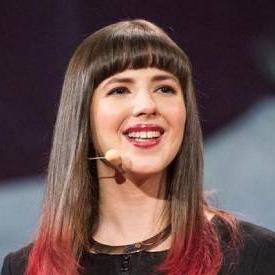 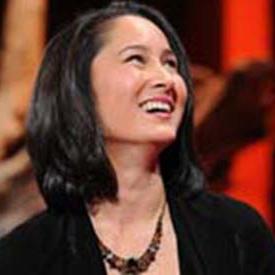