French Academic and motivational speaker, Yves Doz, is best known as a professor of strategic management at INSEAD. This visionary thought leader specialises in partnering and managing innovation, specifically for technology companies, energy and healthcare. Yves can help corporate clients to manage resources productively, using his expert knowledge to benefit business owners. Highly praised as a management specialist, his knowledge of business management is invaluable.

Yves Doz is a professor of strategic management at INSEAD, Fellow of CEDEP and holder of the Solvay Chaired Professorship of Technological Innovation - ultimately, he is an academic expert on innovation and technology. Described as having "exceptional" contribution, Yves speaking topics consist of business organisation, adapting to changes and succeeding in a competitive environment, advice which he has shared with corporate clients all over the world. Due to his knowledge of strategic adaptability, Yves has quickly become a popular speaker on the circuit, ideal for a wide range of events.

Yves completed a Diploma in Business Administration from HEC Paris in 1970 followed by a DBA from Harvard Business School in 1976. Armed with a foundation of knowledge, he went on to work in the aerospace industry, before accepting the role of assistant professor at Harvard Business School. After four years, in 1981, Yves moved to INSEAD, to work as an associate professor before becoming a full professor in 1986. From there, Yves continued his academic career, working as an Associate Dean for Executive Education, Associate Dean for Research and Development and Senior Research Advisor to SITRA, otherwise known as the Finnish Innovation Fund.

Moving away from education, Yves went on to work for national governments, using his knowledge to improve their strategy and adaptability to challenges. In a competitive environment like business, visionaries like Yves can make the difference between being a market leader and being left behind. Yves has published a number of influential books, like Strategic Management in Multinational Companies, From Global to Metanational: How Companies Win in the Knowledge Economy and Managing Global Innovations - a testament to his innovative mindset. In recognition of his work, Yves has received various accolades, including the AT Kearney Academy of Management Award and the Distinguished Scholar Award, reflecting the award-winning wisdom he possesses as a speaker. As a motivational speaker, Yves can reinvigorate his audience's perspective of business. 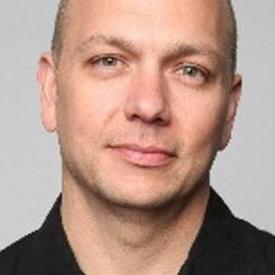 Tony Fadell "Father of the iPod" & Co-Inventor of the iPhone