Helen Sharman is famed for becoming the first British astronaut in space, the first European woman in space and the first woman aboard the Mir Space Station. Selected to become the first British space explorer out of 13,000 applicants, Helen launched into space aboard the Soyuz TM-11 on an eight-day mission. Upon her return to earth, Helen has made it her mission to share the wonders of space and science with all, now booked as a speaker for events to share anecdotes of her journey to space.

Helen Sharman became the first British astronaut in space in 1991. Selected out of 13,000 applicants for Project Juno, Helen became the first British astronaut in space aboard the Soyuz TM-11. Also making history as the first European woman in space and the first woman aboard the Mir Space Station, Helen is now booked as a speaker for corporate events to share the stories of her incredibly pioneering astronaut career. Having spent an intensive 18 months in training, Helen launched into space on the 18th of May 1991. Her mission lasted eight days, a time during which she was responsible for photography of the British Isles and completing medical and agricultural tests aboard the Mir Space Station. Upon her return to earth, Helen was widely commended for her mission and received a star on the Sheffield Walk of Fame and the Order of the Friendship of Peoples. She was also invited to light the flame at the 1991 Summer Universiade and the bronze, silver and gold medals of the Royal Aero Club.

Helen has not returned to space, instead she has focused her attention on spreading the wonders of science in the world around her. She has since authored the books Seize The Moment and The Space Place, sharing her experiences of space. She has also committed her time as an Honorary Fellow of the Royal Society of Chemistry, a Fellow of the Royal Aeronautical Society, a Fellow of the Royal Geographical Society, a member of the Association of Space Explorers and a Patron of the Spacelink Learning Foundation. She has also taken on the responsibility of becoming Operations Manager for the Imperial College London Department of Chemistry and the President of the Institute of Science and Technology.

Widely commended, Helen has also been appointed as OBE and as Companion of the Order of St Michael and St George. She has also been the recipient of the Medal for Merit in Space Exploration and has a selection of buildings named after her- such as the science block of Bullers Wood School named Sharman House. Helen has also been the recipient of several Honorary Degrees, such as Doctor of Science and Doctor of Technology, from the Universities of Kent, Plymouth, Southampton, Staffordshire, Sheffield and more.

With such an influential career to her name, Helen is now regularly invited as a motivational speaker to a number of corporate, educational and public speaking events. In her proficiency as a speaker, Helen is booked to share anecdotes from her time in space- describing everything from training to take off and the feeling of weightlessness. She is also able to share transferable skills with businesses that she learnt as an astronaut, focussing on topics such as leadership, teamwork and goal setting. An experienced speaker, Helen has formerly spoken for clients such as Clinigen, The Armagh Observatory and Planetarium and Flagship Housing Group. When looking for an inspirational speaker, who has seen the extraordinary, look no further than former astronaut Helen Sharman.

"We were delighted with our first virtual event, with speaker Helen Sharman, which covered the challenges of working as a team in extreme conditions and in isolation. The results were excellent and much appreciated. Helen handled the brief superbly, and she was calm and patient as we worked through the technical details before the event" - Clinigen

"In the very uncertain times of Covid-19 lockdown, we want to reach our audience in a new and interesting way. Helen was such a pleasure to work with and made us feel at ease the whole time. It's not every day you get to talk to the first British astronaut!! As well as tackling more serious questions with wise and insightful answers, we were able to have a chuckle about the lighter side of space. Helen left a truly wonderful impression. Not just with my organisation, but with our audience as a whole. We can't wait to get the chance to talk to her again" - Heather, The Armagh Observatory and Planetarium

"Thank you so much for your presentation at our Staff Conference. Our theme 'to be the best' could not have been emphasised more clearly. Your speech was inspirational and certainly struck home with the right messages including how vital we are to each other. The subject of space travel is fascinating in itself, but you somehow managed to bring that experience to life in all of us, leaving us with the feeling of being part of that mission with you. I can safely say that all our expectations were exceeded" - Flagship Housing Group Ltd

"It was AWESOME, it went super smoothly and Helen was a peach. Her story is amazing! And the guys at AWS and CC really tied in what they were saying with her." - Jenny, Gilroy

"Please could you pass on massive thanks to Helen on behalf of all of us at Computacenter and AWS. We all found her story inspirational and were really honoured to have her be part of our event. The content tied in beautifully to our own theme and Helen had clearly spent a lot of time and effort in preparing her presentation as her delivery was immaculate" – Justin, Computercentre

Back to 'Astronaut & Space Exploration Speakers'
To book Helen Sharman as the speaker for your corporate event, function or conference, contact The Motivational Speakers Agency using the contact details below:
Enquiry form 0207 0787 876 [email protected]
* 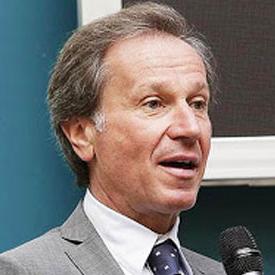 Maurizio Cheli Italian Astronaut and Test Pilot, Who Flew the Eurofighter in a race against Ferrari's Michael Schumacher