Anssi Vanjoki is best known as a company executive for Nokia, a Finnish telecommunications company best known for its durable, longlasting mobile phones. With decades worth of experience working in high profile corporate roles, Anssi has extensive knowledge of business organisation, strategy and the key to success. As a motivational speaker, Anssi is perfect for corporate audiences, who benefit from his first-hand industry knowledge, specifically within the topic of technology.

Among his other achievements, Anssi Vanjoki has been a company executive for Nokia, the director of Rantakesä-RKBS Oy and a board member of Koskisen Oy plywood and Atacama Labs Oy. Due to his influential knowledge of business, Anssi is also the Chairman of the Board of Amer Sports, the Board of Valkee Oy, Chairman of Oriola's Board of Directors since 2015 and Chairman of the Board of Directors for Elisa since 2019. From plywood companies to lighting companies, there is no business that wouldn't benefit from Anssi's business expertise. In his motivational speeches, he reflects upon the journey that has led him to success, inspiring his audience to embrace their own professional opportunities.

Since graduating with a Master's degree in Economics, Anssi went on to work as a Professor of Practice in 2014, at the Lappeenranta University of Technology. From there, Anssi worked on Nokia's Board of Governors from 1998, playing a direct role in the businesses iconic success. Within the company itself, he was the Executive Vice President and the Nokia Mobile Phones leader, as a part of the "dream team" headhunted by CEO Jorma Ollila. In such a competitive market as telecommunications, Nokia has made a name for itself for its quality, technology and durability.

As a testament to his influence on technological advancements, Anssi was named as one of the 20 most significant people affecting the development of the Internet, by Businessweek. In 2009, he was won the Mobile Entertainment Forums Personal Lifetime Achievement Award. From user experience to mobile web services, Anssi has reimagined the relationship between humanity and technology, based on the physical world. Insightful, knowledgeable and invaluable for corporate audiences, this business motivational speaker is ideal for a wide range of events. 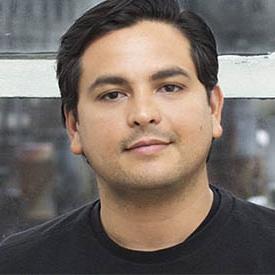