An American businessman, Chris Gardner is famed as the founder of the Gardner Rich & Co brokerage firm and as a stockbroker. Having formerly struggled with homelessness whilst trying to raise his son, Chris has since become a published author of the memoir The Pursuit of Happyness which was turned into the acclaimed motion picture film starring Will Smith. Now following work as a motivational speaker, Chris encourages all to break free from the cycles they are trapped in and achieve excellence.

Chris Gardner is a leading American businessman, famed for his work as a stockbroker and as the founder of Gardner Rich & Co. With an inspirational story to his name, raising his son as a homeless father, Chris is now the subject of The Pursuit of Happyness starring Will Smith and is also a best-selling author of his memoir under the same title. Sharing the story of his journey from homelessness to leading businessman, book Chris Gardner today for a motivational speech on breaking free from the cycles he was born into.

Experiencing a troubling childhood, with abuse from his stepfather and spending time in foster care, Chris decided to enlist in the US Navy after education. Stationed in North Carolina, Chris was appointed the role of hospital corpsman and eventually caught the eye of Dr Robert Ellis who offered him the opportunity to join Clinical Research at the University of California Medical Center. In the years that followed, Chris was inspired to become a stockbroker but struggled with homelessness whilst completing training and qualifications.

After years of hard work, Chris founded Gardner Rich & Co in 1987, changing his life for the better. Since then, Chris has sold his stake in the company and acted as the founding CEO of Christopher Gardner International Holdings. He has also turned his hand to writing, authoring the titles The Pursuit of Happyness, Start Where You Are: Life Lessons in Getting from Where You Are to Where You Want to Be and Permission to Dream. He has also become an avid philanthropist, supporting charities such as the Glide Memorial United Methodist Church and the National Fatherhood Initiative.

Awarded Father of the Year 2002, the Friends of Africa Award 2006 and the 25th Annual Humanitarian Award, Chris is widely regarded as a businessman. Now booked as a motivational speaker for a range of corporate events, Chris shares his inspirational story of homelessness to becoming a stockbroker and leading businessman. The inspiration of the film The Pursuit of Happyness, Chris encourages his audiences to break free from the cycles they are born into- whether that be drugs, abuse, alcoholism or poverty. Having personally experienced homelessness, Chris has formerly spoken for the United Nations on a solution for homelessness. When looking for an empowering and inspirational speaker to motivate your audience, don’t hesitate in booking Chris Gardner today.

"Thank you for making it awesome... you are spectacular. You made our theme come to life, thanks for your inspiration" - Chris, Vice President of Sales, Amgen

"Chris is a truly gifted speaker, teacher and life visionary. I have heard Chirs speak many times and each opportunity has left me mesmerized by the power of his observations, his wisdom and his humanity" - Jan, Executive VP, Caesars

Back to 'Business Speakers'
To book Chris Gardner as the speaker for your corporate event, function or conference, contact The Motivational Speakers Agency using the contact details below:
Enquiry form 0207 0787 876 [email protected]
* 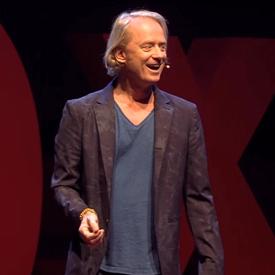 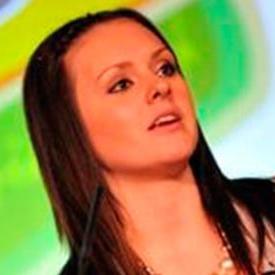 Ruth Amos BRITISH ENTREPRENEUR AND INVENTOR OF THE STAIRSTEADY