Julie Zhuo is an expert in design, having formerly worked as the Manager, Director and Vice President of Product Design for Facebook. Now the co-founder of Inspirit and Chief of Creator Stories, Julie is a popular choice as a speaker for corporate events. As a speaker, Julie covers her expertise in product design along with what makes a manager and mastering the art of feedback.

Julie Zhuo is a leading figure in the digital technology industry, having worked with major social media giant Facebook for almost 14 years of her career. Also a published author, advisor and co-founder of her own businesses, Julie is a respected businesswoman and now a speaker for a range of corporate events. Using the expertise honed in her roles at Facebook, Julie speaks on product design and what it takes to be a manager, along with business tips such as how to master feedback.

Best known for her work with Facebook, Julie previously worked as the Vice President of Product Design for Facebook. Working her way up the company, from a Product Designer to Manager of Product Design and then Director of Product Design, Julie worked with the social media giant for almost 14 years and was responsible for the design of the iconic Facebook app. With a passion to connect people and build a sense of community, Julie has helped to bring the world closer together with her innovative designs and features of the Facebook app.

Before becoming a manager at Facebook, Julie studied in computer science at Stanford University. Graduating with a BS and MS in Computer Science, Julie first joined Facebook in 2006 as a Product Designer. Gradually, she worked her way up the company with hard work and determination, ultimately reaching her role as Vice President of Product Design in 2016. During her final years at Facebook, Julie was fortunate to publish her own book titled The Making of a Manager: What to Do When Everyone Looks to You. Using her experience as a manager for Facebook, Julie authored this book as a way of distinguishing a great manager form an average one, how to build trust and where to look when you lose faith as a manager.

In early 2020, Julie left Facebook and began a role as an Advisor for the Stanford Technology Ventures Program and also co-founded Inspirit. Inspirit is an advisory firm, on a mission to help build and scale tech companies and create fantastic products which consumers will love. Julie is also the Chief of Creator Stories for PicsArt Inc, a partner company of Inspirit which empowers people to become visual storytellers. Since 2019, Julie has also acted as a Board Member of the National Novel Writing Month and her book has become an Amazon Bestseller.

Having enjoyed a successful technological career so far, Julie is now becoming a frequent choice as a speaker for a range of corporate events. As a speaker, Julie is booked to speak on her time working at Facebook and what the thought processes of a Facebook designer are. She is also revered for her expertise in management, speaking about what it takes to become a manager and how to master giving feedback. An experienced and insightful speaker, Julie Zhuo is the perfect choice for a range of events.

Back to 'Business Speakers'
To book Julie Zhuo as the speaker for your corporate event, function or conference, contact The Motivational Speakers Agency using the contact details below:
Enquiry form 0207 0787 876 [email protected]
* 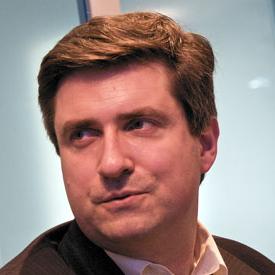