Graham Cluley is a leading consultant and blogger on cybersecurity. He has been at the forefront of cybersecurity since the 1990s and is now a well-respected speaker on the subject.

As an experienced computer security expert for over 20 years, Graham has worked his way up the ranks to the position he’s at today. Initially starting off as a programmer, Graham wrote the first ever version of the Dr Solomon's Antivirus Toolkit for Windows, before moving on to international strategic roles. He also spent time working for computer security giant McAfee, and thus went onto work for Sophos.

In more recent years, Graham has become an independent consultant, blogger, and podcaster, as well as a technology and cybersecurity speaker. He has since been inducted into the Infosecurity Europe Hall of Fame for his astounding work in the computer security industry.

Graham is a highly sought-after keynote speaker and has given talks at some of the world's biggest companies and keynote events. Some of these include Microsoft Future Decoded, WebSummit, RSA, IP Expo, British Computer Society, Oxford University and much more.

With the ability to talk extensively on a variety of subjects, Graham draws on his many years of experience to provide the best advice and inspiration for business or personal use. He will tailor speeches to suit the occasion and the audience, pitching at the right level to keep people entertained and informed.

Watch Graham Cluley as a keynote speaker below:

"Graham was a keynote speaker at the Experian Identity & Fraud Forum. His session was slick, well informed, superbly delivered and among the best I've ever seen - all of which helped underpin the credibility of our event and was reflected by the wholehearted feedback from our delegates."

"Graham's knowledge, insight and ability to present potentially dry and weighty subject matter in a manner that's accessible to all is superb."

"Ignore him at your peril. He is, quite rightly, hugely in demand and simply cannot be recommended highly enough." - Dominic Eaves, Experian

"Graham was one of our keynote speakers at the Belgian Cyber Security Symposium. Great experience having him here, both for his expertise and great sense of humor. I hope we can call on him for future events!" - Raphaël de Visser, Belgacom

"Graham's knowledge of the IT security industry is quite frankly immense and his eloquent way of explaining it, unrivalled." - Claire Ayles, Co-Founder Eleven Hundred Agency

Back to 'Cyber Security Speakers'
To book Graham Cluley as the speaker for your corporate event, function or conference, contact The Motivational Speakers Agency using the contact details below:
Enquiry form 0207 0787 876 [email protected]
* 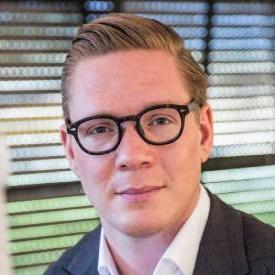