A celebrated Royal Marine commando, helicopter pilot and SAS officer turned expedition leader and business entrepreneur, Neil Laughton has completed the Explorers Grand Slam including scaling to the top of Mount Everest with fellow motivational speaker Bear Grylls and skiing to both the North and South Poles. Now an international speaker, Neil is the ideal choice to speak at corporate functions and events.

An award-winning entrepreneur, international conference speaker and record-breaking adventurer, Neil Laughton was awarded the Ness Award for 'Inspirational Leadership” from the Royal Geographical Society. Having circumnavigated the UK on a jet ski and piloted a flying car across the Sahara Desert, Neil is no slouch when it comes to achieving the extraordinary. Teamwork, leadership, handling change, setting goals, coping with a challenge and getting through difficult times are all subject areas that Neil covers in his talks at private and corporate events.

Audiences lap up the words of wisdom from the business entrepreneur Laughton as he recounts his personal development from being a door-to-door salesman to the owner of a £40m company to being a business angel investor. He has spoken at events for organisations including Fitness First Accenture, Bank of England, British Airways, BT, Coca Cola, McKinsey & Co, Mercedes Benz, TEDx and Xerox. In between times, Laughton has set up the City Airways airline (trading as Brighton City Airport) and founded the Business Leadership Academy. Neil is currently Managing Director of Laughton & Co Ltd., Chairman of the Scientific Exploration Society and Captain of the England Penny Farthing Polo Team.

As an international speaker, Neil Laughton draws on his extensive experience as an adventurer, which has seen him organise and lead more than 50 expeditions around the world. However, insight can sometimes come from adversity as Laughton was part of the Everest-climbing team in 1996 that was hit by a fierce storm that took the lives of eight people and injured several others. Other exhilarating expeditions that Neil has been on include trekking solo across South Georgia in the Falkland Islands and an ill-fated attempt at the record for the 'World's Highest Dinner Party' at 23,000 on Mount Everest in 1998 when his team were prevented by a devastating earthquake. In 2018, he returned and this time he succeeded.

The perfect after-dinner and entrepreneurship speaker, Neil is available to hire today via the Motivational Speakers Agency.

Thanks for your valuable insight and input - I have heard many positive comments about your particular session so consider it a job well done!' - UK Sport

‘FANTASTIC! What a great talk, it kept me up thinking, mind whirring and the feedback has been sensational.’ - The Buzz Recruitment Co

Back to 'Entrepreneurship Speakers'
To book Neil Laughton as the speaker for your corporate event, function or conference, contact The Motivational Speakers Agency using the contact details below:
Enquiry form 0207 0787 876 [email protected]
* 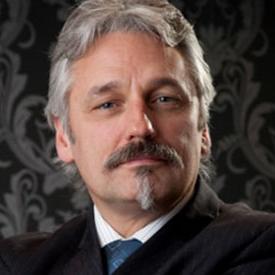