John Barnes is widely renowned as one of the best ever wingers of the English Premier League. Due to his unwavering dedication to not just his personal development but the team around him, John is a highly loved player. John is also well-known for his part in New Order's song World In Motion, in which he took the lead rapping role.

Making his debut in 1987 for Liverpool, John played his part in ensuring Liverpool came away with a 2-1 win over Arsenal. Over the course of his first season, John continued to impress the footballing world. Applying his natural skill to a club renowned as one of the era’s best performing, John adapted to Liverpool’s playing style, rising to the challenge to prove his footballing prowess.

In 1997, after playing over 407 times and scoring 108 times, John ended his time at Liverpool. As an elite player, his experience playing at a top level has given him invaluable knowledge and experience of ‘the beautiful game’, which he uses in his speeches. Whilst presenting as a football speaker, John explores peak performance and how to maximise your likelihood of success.

On top of his footballing career, John became a well loved figure after taking part in New Order’s song, World in Motion, in which he took a leading rapping role in what is considered to be one of the best pop songs about football. As a footballer, John is well known for his amiable and relaxed manner, a side of his personality that shines through his presentations.

Featuring at both Q&A sessions and sporting conferences alike, he frequently dedicates his time to answering fan’s questions to give them an insight into the life of a footballer - differing from other players, John can even discuss playing in the Premier League. As an experienced speaker, John’s portfolio is filled with previous speaking arrangements of raving testimonials, making him one of the most desirable sports speakers on the circuit.

At the peak of his career as a football player, John won two FA Cups and two First Division titles, earning him a place in the English Football Hall of Fame in 2005. Due to his dedication to the sport, he set a new record for black players with a total of 79 appearances for the national side. John is a well-respected football speaker who regularly features at conference events and industry workshops nationwide, sharing his footballing journey with captivated audiences.

"John is also a great guy, again extremely funny, personable and made us all think with the content of his keynote speech.  He was happy to pose for photos (there was a few ‘swooning’ ladies) with us all and chatted happily with those who wanted to speak to him.  We even heard the famous ‘rap’ at the end which the majority of the room filmed on their phones and is now probably somewhere on social media!" - Yvonne, Group Support Manager, Clearsprings Group

"John was great, and in my opinion just what we were looking for and more. He was really thought-provoking and quite provocative at times, he utilised simple analogies to help people truly understand the meaning of unconscious bias... A great inspiring choice- thanks for your help and support in organising. Look forward to organising the next event soon!" - Claire, Alcon Eye Care

"We worked with John for the launch of our £2.90 Caribbean Campaign for Western Union. John was a real asset, charming, enthusiastic, friendly and a real crowd-pleaser. We had huge crowds, many who had seen John's tweets a few days before. The campaign won two awards, John's efforts and personality were a big reason for this. If anyone is looking for a celebrity / personality to be a part of their campaign I would 100% recommend John, you won't be disappointed, he is down to earth and will go above and beyond." - Oliver Burgoyne, House of Experience

Back to 'Football Speakers'
To book John Barnes as the speaker for your corporate event, function or conference, contact The Motivational Speakers Agency using the contact details below:
Enquiry form 0207 0787 876 [email protected]
* 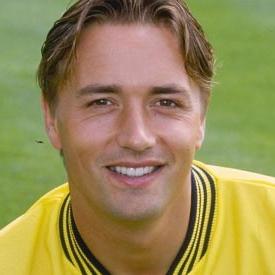 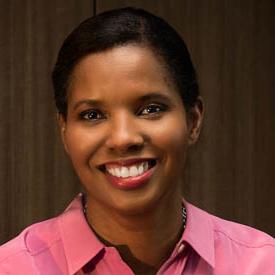