Michael Fuller is a police officer, best known for being Britain’s first black Chief Constable. Coming to prominence as the Chief Constable of Kent Police, Michael has successfully lead police force teams to convict and prosecute criminals. Playing a key part in the crime rate in Kent during his tenure, reducing it by 22%, Michael is now highly sought as a public speaker covering topics of diversity, inclusion, leadership and the law.

After obtaining degrees in Applied Criminology, Law and Legal Practise, Michael first began his career as a policeman back in 1975. Appointed as a Deputy Assistant Commissioner of the Metropolitan Police in 1975, Michael spent an impressive 26 years policing various roles and environments across the breadth of London. During his 26 years as a policeman in London, he held various prominent roles, such as Special Crime Directorate for New Scotland Yard, Director of Intelligence for the Metropolitan Police Service and Commander of the Serious Crime Group for Scotland Yard. His time at the helm of London crime saw Michael deal with the likes of murder, gun crime and various other organised or serious crime.

After serving with the Metropolitan Police for 26 years, Michael joined Kent Police in 2004. It was with the Kent Police that Michael rose to prominence, claiming the title of Britain’s first black Chief Constable. During his tenure as Chief Constable, Michael was able to build his expertise of leadership and teamwork, sitting at the helm of a team of 7000 staff. He was also responsible for the finances of the force, dealing with and managing a substantial budget of £300 million. As Chief Constable, Michael spearheaded the response to some of the greatest stories, such including the Channel Tunnel Fire and Calais migration crisis. Michael was also able to work with European police, sitting at the helm of countering Islamist radicalisation and stopping terrorist attacks from happening.

Michael was able to orchestrate great change during his time with the Kent Police. In an area that was rife with crime, Michael was impressively able to reduce the crime rate by 22% and increased the number of officers to 263. Michael was also the pioneer of the Racial and Violent Crime Task Force and established the Operation Trident command unit. In 2010, Michael went on to become the Chief Inspector of the Crown Prosecution Service. In this role, he was responsible for inspecting various different prosecution bodies and reported to the Justice Committee of the House of Commons on CPS performance.

Now Michael dedicates his time to being the Non- Executive Director of the UK Home Office and has also established Michael Fuller Consultancy Limited. As the owner of Michael Fuller Consultancy, he dedicates his expertise to advising police forces across the breadth of the UK in areas such as justice, policing transformation and prosecution. Michael is also frequently seen as a police advisor, helping various television and film companies. Throughout his career, Michael has received great credit for his commitment to the force. He has been recognised as one of the 100 Great Black Britons and has also been the recipient of the Queen’s Police Medal for Distinguished Service. He has also been awarded Honorary Doctorate of Laws from the University of Sussex, Arden University, the University of East London and the BPP University. He is also the author of Kill the Black One First, the memoir of his life and the racial barriers he faced.

Now highly sought as a public speaker, Michael is called upon to deliver speeches on his illustrious policing career. As the first black Chief Constable of Britain, Michael is also frequently seen publicly speaking about diversity and inclusion and the need to see more diversity in the police force. An inspirational and captivating speaker, Michael covers the course of his career and how he overcame adversity to reach heights of the forces, climbing the ranks to the top and becoming the first black Chief Constable.

Michael Fuller is widely known for being Britain's first black Chief Constable. Here he is in an interview with Arden University, discussing the course of his career and various issues such as racism that he has faced during it.

"The students felt Michael could relate to them. He gave them belief in their ability to achieve their goals. He was inspirational"- West Thames College

"Never have I come across a more inspirational story, a more authentic leader or a more genuine person as Michael. Never have we seen anyone like Michael. He was mesmerising and awe inspiring but the most admirable qualities of all are his integrity and humility"- Jamie, Founder and CEO of Leaders Worth Knowing

" I'm being 100% genuine when I say I've never seen my team that affected by a personal leadership story. I've never come across such an inspirational one. By gaining exposure to individuals like yourself, the guys get a window into experience they just wouldn't get day to day"- Laura, Head of Marketing at Leaders Worth Knowing

"The openness and honesty with which you spoke about your own leadership journey, and the challenges you have faced, was greatly appreciated by all the participants. Your clarity of vision, passion for your people, and drive to achieve tangible results struck a powerful note with all those present and gave them much to discuss"- Windsor Leadership Trust

"Michael was an excellent speaker and was well received. A number of people fed back to me that they really valued his insight and candour"- Ministry of Defence

Honorary Fellow of The University of Sussex

Recipient of the Queen's Police Medal for Distinguished Service

Author of Kill the Black One First

Named as one of the 100 Great Black Britons

To book Michael Fuller as the speaker for your corporate event, function or conference, contact The Motivational Speakers Agency using the contact details below: 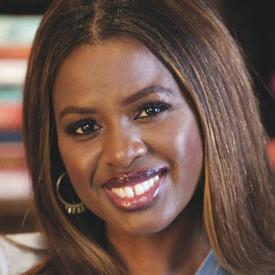 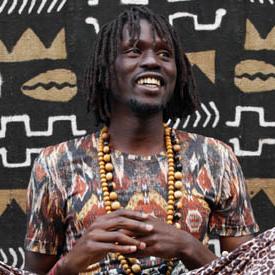