Liz Jackson is an inspirational businesswoman, best known for founding Great Guns Marketing. Throughout her life and career, Liz has battled with extreme adversity after her sight began to deteriorate and she went completely blind. Liz has never let such adversity stand in the way of her ambitions, going on to achieve great success in business. As a motivational speaker, Liz is sought to cover the success story of her business along with useful lessons that she learnt along the way.

Liz first made her journey into the world of business when she was just 25 years old. Receiving a £1000 grant from the Prince of Wales Trust, Liz founded Great Guns Marketing. For 17 years she led the highly successful outbound agency, battling with adversity along the way and nonetheless finishing victorious. When she first established the business, Liz was suffering as her sight was gradually deteriorating. Before long Liz was left completely blind, yet she did not let such adversity stop her and she continued to strive to make Great Guns Marketing a success.

Despite having no advanced education, Liz was able to pursue her dreams and found a profitable and renowned business. Great Guns Marketing quickly gained much credit and popularity, achieving awards such as the Customer Focused Award at the National Business Awards and the Best Female Led Company by T Mobile and The Sunday Express. At the helm of the company, Liz continually demonstrated savvy business decisions and put customer needs at the heart of her business. Liz was also fortunate to feature on the Channel 4 programme Secret Millionaire, living undercover to help people less fortunate than herself in deprived areas. In reward of her commitment to the world of business, Liz has also been the recipient of the Women Mean Business Award, appointed MBE during the 2007 New Years Honours and awarded an Honorary Doctorate by Staffordshire University.

Great Guns Marketing is still immensely successful, with Liz’s careful leadership having led the company to now turn over more than 2.5 million and continually grow at 30% per year. The business is now situated in a variety of locations, such including Milton Keynes, Cambridge, Birmingham and Glasgow to name a few. Leaving Great Guns Marketing after an incredible 17-year tenure, Liz decided it was time for a new challenge and so she joined as Marketing Director at BCMS. In her position as Marketing Director, Liz is continually building her expertise of modern business learning new skills and perfect old skills along the way. Such experience has now been accumulated in Liz’s new book titled Start Up!, which has been ranked as one of the Top 50 Business Books.

With such an inspirational story to her name, Liz Jackson is now highly sought as a public speaker. Called upon by corporate clients, Liz captivates audiences with her motivational tales of success despite the adversity she faced. Appearing at numerous after dinner events and conferences across the country, Liz covers topics such as telemarketing, sales, communications, understanding the value of business and when is best to sell. With a firm understanding of the challenges and pressures of modern-day business, and a strive to not let adversity stop her from achieving her potential, Liz Jackson is the ideal speaker for your next event.

Liz Jackson is an inspirational businesswoman, best known for founding Great Guns Marketing. Here she is discussing how to deal with adversity as a business.

"A joy to work with and her story is amazingly motivational. Talks with passion and a real enthusiasm for business. Truly inspirational"- We Do Marketing

"I'd recommend Liz for public speaking. She spoke at our RBS Inclusion event, giving some brilliant insights into her career and current success. She was engaging, funny and insightful and left the audience with strong and meaningful messages"- Lead Contract Manager RBS

"Liz delivered a keynote speech at our annual conference, which, from all the feedback, absolutely hit the mark. It all comes back to understanding the market and customer needs"- Head of Sales, Legal & General Investment Management

"Liz Jackson is in my personal Top Ten of most inspirational female speakers (and I've seen loads). She has that rare gift of being able to deliver great information in the most engaging way. Her delivery is always authentic and she takes the audience on a journey that you don't want to end. She is funny, intelligent and most importantly always fresh and relevant"- Co-founder, Everywoman Ltd

Appointed MBE for Service to Business

Understanding the Value of Business

When Best to Sell

Back to 'Marketing & Branding Speakers'
To book Liz Jackson as the speaker for your corporate event, function or conference, contact The Motivational Speakers Agency using the contact details below:
Enquiry form 0207 0787 876 [email protected]
* 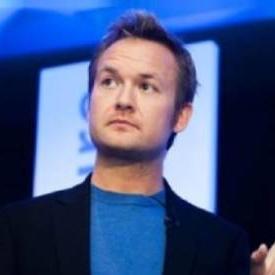