Mark Henick is widely known as a mental health advocate, currently acting as the CEO of Strategic Mental Health Solutions. Having personally experienced stigma surrounding mental illness, Mark has dedicated his career to making a difference to the lives of those who suffer with mental illness, creating change and helping people to be more mindful. A top 50 TEDx speaker, Mark is sought to deliver on his personal experiences and to bring awareness to a topical subject.

From a young age, Mark has possessed a prominent interest and advocacy for mental health. After personally falling victim to the stigma that surrounds mental illness and previous suicide attempts as a teenager, Mark made it his life mission to ensure that people became more understanding and mindful regarding the subject, as well as improving the mental health care system. Passionate about wellbeing, Mark attended university graduating with a BA in Psychology and Philosophy and a Master of Science in child development. He also holds a series of certificates qualifying him in trauma counselling, mental health first aid, knowledge exchange and suicide intervention.

Determined to make that change, Mark accepted the role of principal and CEO of Strategic Mental Health Solutions. Strategic Mental Health Solutions is a consulting firm, specialising in helping corporate clients and individuals to better their mental health awareness so they can take meaningful action when appropriate. As a mental health consultant, Mark has committed his time to help people better understand such an important illness and to make sure that sufferers feel that they are not alone. Mark was also at the helm of a campaign to remove products from retail giant Amazon which promoted suicide, orchestrating a huge online petition which gained global media attention and ultimately had the products removed.

Mark has formerly served several other mental health orientated roles. He became the youngest president of the Canadian Mental Health Association and was also the youngest member of the Mental Health Commission of Canada board. He has formerly served as the Director of Strategic Initiatives at the Canadian Mental Health Association, taking responsibility for the marketing and communications for the organisation. The Faces of Mental Illness campaign are also fortunate to have Mark’s expertise, acting as a national spokesperson for the campaign and pushing its importance.

Throughout the course of his career, Mark has appeared prolifically across television screens. Contributing over 100 different television features, Mark has engaged audiences with mental health knowledge on programmes such as CTV National News and Entertainment Tonight. He has also written for several high-profile publications, such including the likes of The Independent, The Huffington Post, The Sun and The New York Daily Times.

Mark is now frequently sought as a mental health speaker at events across the country. He previously delivered a TEDx talk, titled Why We Choose Suicide bringing to light his own experience of suicidal thoughts and his search for the man who saved him from a previous suicide attempt. In his proficiency as a speaker, Mark incorporates a unique perspective as an individual who has experienced mental health individually, as a professional in healthcare and as an influencer in the mental health system. Passionate, knowledgeable and understanding, Mark is the ideal speaker to help corporate audiences be more engaged and accepting of mental health, creating actionable change to ensure that people feel as though they are not alone.

Mark Henick is widely known as a mental health advocate. Here he is delivering a TEDx talk about why people need to talk about suicide.

"Mark is an absolutely fantastic presenter!"

"Gave me a new outlook on mental health"

"With passion and grace, Mark is a formidable thinker in our culture today"- Chris, CEO Schizophrenia Society of Canada

"Mark’s genuine concern for those dealing with a mental health challenge is only matched by his courage and commitment to sharing his story in the most powerful way imaginable. If your audience is ready to be confronted by this terrific young speaker, Mark will leave a lasting impression"- Eric, Founder & Executive Director of Jack.org

Youngest Member of the Mental Health Commission of Canada Board

Director of Strategic Initiatives at the Canadian Mental Health Association

Top 50 Tedx Speaker- Why Do We Choose Suicide

Masters of Science in Child Development

Back to 'Mental Health Speakers'
To book Mark Henik as the speaker for your corporate event, function or conference, contact The Motivational Speakers Agency using the contact details below:
Enquiry form 0207 0787 876 [email protected]
* 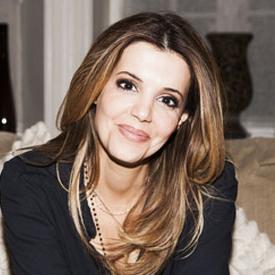