JJ Chalmers is widely known as a former Royal Marine Commando and Lance Corporal. After falling victim to life-changing injuries in combat, JJ Chalmers has become an icon of overcoming adversity and a role model to many. An Invictus Games sporting star, JJ is now telling his tale as a public speaker covering topics such as leadership, high-performance and communication.

JJ Chalmers is best known for his time spent in service as a Royal Marine Lance Corporal. Before joining the Armed Services, JJ obtained a Bachelor of Education at The University of Edinburgh. Amongst his studies, JJ signed up to the Royal Marines passing selection to serve in both the regular and reserve forces. Throughout his time in the forces, JJ honed his skills in leadership and teamwork after being responsible for the administration of 15 others and commanding a 10-person strong team in operations.

In 2009, JJ took a break from the forces to become a teacher of craft, design and technology at the Balerno Community High School. Here he enriched students in product design and the art of practical craft skills, whilst also acting as a form tutor and rugby coach for the school. In 2011, JJ went back to the Royal Marines, deployed on an operation in Afghanistan that would leave him with life-changing injuries. Serving with the 42 Commando Regiment, JJ fell victim to a bomb blast, unfortunately, losing two fingers, suffering facial injuries and disintegration of his right elbow. Since his injuries, JJ has become a role model to others, overcoming the adversity he suffered to become a truly inspirational individual.

Since recovering from his injuries, JJ followed his love of sport and has been heavily involved with the Invictus Games. Back in 2014, JJ competed in the Invictus Games claiming a gold medal and two bronze medals. Since competing, JJ has acted as an ambassador for the games and was fortunate to present the 2017 Invictus Games. Since leaving the Royal Marines, JJ has forged a reputable name as a TV presenter. He has formerly presented coverage of sports for BBC News, BBC Sport and BBC Breakfast. He has also been a part of The Pilgrimage: Road to Santiago and presented The People Remember, along with co-commentating the Lord Mayor’s Show and coverage for Radio 5 Live during the 2017 World Para Athletics. In 2020, JJ joined the cast of Strictly Come Dancing and reached the quarter-finals of the show before unfortunately being eliminated. Most recently, JJ has become the presenter of Money for Nothing.

With such an inspirational story of recovery behind him, JJ is now highly sought as a motivational public speaker for events. Developing skills of teamwork, communication and leadership during his time in service, JJ is sought to deliver speeches on such topics having formerly worked with clients such as Revolution Bars Group, United Biscuits and PWC. JJ has also hosted several events for high-profile organisations, including the likes of Virgin Atlantic and Awards International. A truly inspirational individual, JJ shares his story of life-changing injury and overcoming adversity, motivating all fortunate to listen.

"I have to say as I was lucky enough to be sat with JJ, what a wonderful, inspirational man he is and I’ve heard so many fantastic comments from our staff here at Revolution, he really did a wonderful speech and really made a positive impact on our staff and he is just such a wonderful chap. Please do pass on my best regards to JJ and I am so happy that I got to meet him."- Susie, Revolution Bars Group

"The conference went very well and JJ was excellent. The informal feedback we have had is overwhelmingly positive. People have described JJ as inspirational, authentic, kept their attention at all times and good balance of humor and excellent content."- Fiona, Revolution Bars Group

"Just wanted to say thank you for arranging this webinar; it was one of the best I have ever seen. So much positivity following such incredible circumstances."

"What a great speaker. Listened to lots of amazing people, more so in that last 5 years or so, JJ – what a great guest – thank you very much for putting this on and extending the invitation."

"That was incredibly inspirational.so much to take away. No questions, just thanks..both for the presentation, and for your service!"

"Not a question, just thanks for a very open presentation, really enjoyed listening. Really appreciate everything you have said and completely agree that getting a grip on perspective really helps you enjoy challenge and enjoy life very much for it. Huge thanks."

Back to 'Military Speakers'
To book JJ Chalmers as the speaker for your corporate event, function or conference, contact The Motivational Speakers Agency using the contact details below:
Enquiry form 0207 0787 876 [email protected]
* 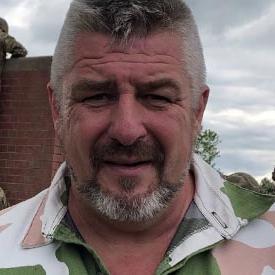 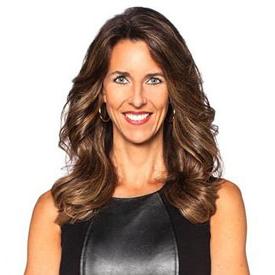