Daniel Biddle is most seriously injured survivor of the 2005 London terror attacks, known as 7/7. As a result of the Edgware Road tube train bombing, he lost both legs, an eye, his spleen and is deaf in one ear. He is now campaigning for the equality of those with a disability.

Daniel Biddle was a fit and healthy East End man with a job in the construction field as a Projects Manager. He was planning his involvement in the construction of the London 2012 Olympic site after London won the bid to host the games before he became involved in the 2005 London terror attacks. On that fateful day, he suddenly found himself standing right next to the suicide bomber on a London Underground train that had only just left Edgware Road Station. Following the carnage that followed, he was left as the most severely injured victim of the bombing and a full and clear recollection from the moment the bomb went off to the aftermath of being trapped in the tunnel and the moment he arrived in hospital.

On the day of the tragedy, Biddle shockingly died three times and eventually had his chest cut open so that the surgeon could manually pump his heart. Miraculously surviving the procedure, he woke up to a completely new life. He had lost both of his legs, an eye, his spleen and found that he was deaf in one ear, leaving him unable to continue with both his previous life and his career.

Understandably, the trauma of the events that Biddle witnessed on 7/7 was not something he could simply forget and he suffered from PTSD for a considerably long time experiencing frequent nightmares, flashbacks and a heightened sense of anxiety. It was in 2013 when he felt he couldn’t go on and attempted to end his life on three occasions, he finally confided in his girlfriend who then managed to find the help that he so desperately needed.

With treatment proving to be very effective, Daniel felt ready to set up a company with his girlfriend named the Nationwide Access Consultants Ltd, working with top brands to address and improve accessibility and inclusion issues. His aim was to make a difference for people with disabilities as he soon discovered after the London terror attack that the world was not fully equipped for those with impediments. Following 12 months of research, the company launched the London Access app for London wheelchairs and buggy users. It provides accessibility information to help people to plan their activities and journeys around obstacles like stairs and escalators.

Now an advocate for Gwent Police, Daniel gives training to new recruits surrounding disability awareness and hate crime, he also sits on the Independent Advisory Group. After marrying his girlfriend in 2015, Biddle has proven to the world that even the most horrific things in life shouldn’t stop you from achieving your dreams. As a motivational speaker, Daniel uses his experience and to inspire others to build their own resilience and determination to conquer their own personal challenges.

Overcoming Adversity
Adapting To Life With A Disability
Embracing Change
Dealing With Trauma & Guilt
Coping With A Mental Illness
Back to 'Motivational Speakers'
To book Daniel Biddle as the speaker for your corporate event, function or conference, contact The Motivational Speakers Agency using the contact details below:
Enquiry form 0207 0787 876 [email protected]
* 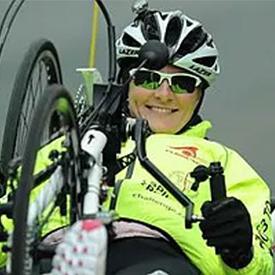 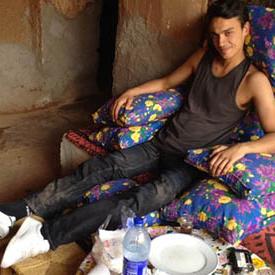 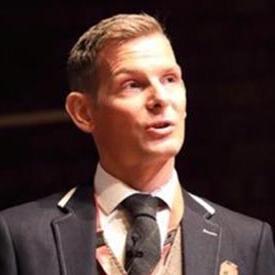