John Simonett is a former professional rugby player and schoolmaster who is available to hire via The Motivational Speakers Agency. The former schoolmaster and sportsman now tours the speaking circuit as a highly sought after professional corporate speaker and presenter.

Born on the beautiful island of Trinidad to Scottish parents, John’s upbringing consisted of running around the sugar cane plantations as his Father worked. However, when he turned 10, John swapped his sunglasses for a kilt and moved to Aberdeenshire, where he went to boarding school. This was a hard transition from sunny beaches to the depths of a Scottish winter.

When John moved to secondary school in Edinburgh, his affinity for Rugby shone through as he was selected to captain Scotland’s Under 19 team. In doing so, he became one of the very few people to captain a Scottish rugby team to a victory over England, with a score of 17-3.

After John finished school, he took two years to volunteer with the Voluntary Service Overseas, at a mission school on the edge of the Kalahari Desert, in Botswana. When he returned to the United Kingdom, John trained in Cheltenham to be a teacher, which was followed by a B.Ed from Bristol University, majoring in Psychology (with First Class Honours).

As a teacher, John played premiership Rugby for Gloucester, as well as being a member of the winning team at the John Player Cup, playing against the Leicester Tigers at Twickenham. Additionally, he competed for Gloucestershire and the Anglo Scots, on top of being a regular member of the Scottish squad towards the end of his time playing.

When he left teaching, John turned his hand to professional speaking and hosting. At present, he is now firmly established as one of the most popular, original and entertaining on offer, available as an after-dinner or keynote speaker.

Both internationally and locally, he has appeared at countless corporate events, presenting to clients from some of the most multinational corporations globally. A speaker like John isn’t just booked once, but time and time again by impressed clients. Due to his natural presenting style, he has also featured on both the BBC and ITV, regularly appearing on television. John is also a member of the CIPD, a Fellow (and former Membership Chair) of the UK Professional Speaking Association, and a Gold Star Member of the Inner Magic Circle.

"Everyone thoroughly enjoyed the guest speaker. He was witty, funny and interesting and never made any adverse comments. Excellent!" - RF Brookes

"John amazed and delighted our audience. We booked a speaker to raise the energy after dinner and before the awards ceremony and John excelled at this task. His delivery was polished and he controlled the audience with panache. Amazing memory!" - Scottish Water

"John ensured the conference got off to an incredible start with a presentation that had the 200 delegates spellbound, fascinated and crying with laughter. Feedback was brilliant and many will be using some of his techniques in their own training roles." - CCTV User Group 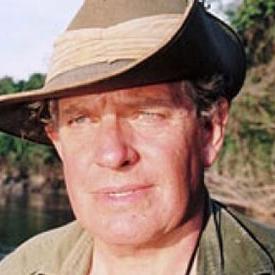