Adam is one of Britain’s greatest cyclists with a bright future ahead of him. Also a highly popular Olympic speaker, this Olympian has competed in some of the toughest, most challenging bicycle races in the world.

Adam has crashed out of several races but in August 2015, aged just 22, he managed the biggest win of his career at the 219km Clasica San Sebastian one-day race. Riding for Orica GreenEDGE, Yates beat Belgium’s Philippe Gilbert into second place and Spain’s Alejandro Valverde into third. The previous year, he had found himself in the lead but crashed on the final descent and was concussed.

Adam is just as good on the track as he is on the road and as an Olympic speaker, younger audiences in particular love to hear his stories of what life is like in the saddle.

An intelligent, articulate and lively speaker, Yates never fails to entertain when he delivers a talk and audiences of all ages love what he has to say. Adam’s message is based on what rewards hard work and determination can deliver. He is an inspiration to anyone – young or old – who are frequently amazed by Yates’s level of maturity, insight, commitment and confidence.

As well as private events and public conferences, Adam has been involved in sports bodies for young people and in youth groups. He has also been asked on many occasions to appear on TV and radio to share his views on the sport that he so obviously loves and thrives on.

Peak Performance
Cycling
Olympics
Training for the Olympics
Maximising Sporting Ability
Back to 'Olympic Speakers'
To book Adam Yates as the speaker for your corporate event, function or conference, contact The Motivational Speakers Agency using the contact details below:
Enquiry form 0207 0787 876 [email protected]
* 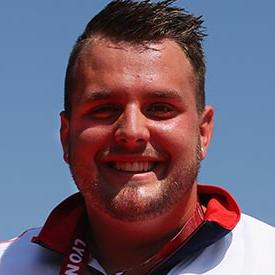