Count Van Rompuy, otherwise known as Herman, is a Belgian politician born in 1947. He served as the Belgium Prime Minister between 2008 and 2009, as well as the first permanent President of the European Council from 2009 to 2014. As a political speaker, he speaks eloquently and confidently about the inner workings of the EU and global politics.

Born in Brussels, Herman attended the Sint-Jan Berchmanscollege, taking Ancient Greek and Latin. Progressing to university, he studied a bachelor’s degree in Philosophy in 1968, at the Katholieke Universiteit Leuven. Moving to study a Masters degree, he earned a degree in Applied Economics, in 1971. After he graduated, Herman’s first job was at the Belgian Central Bank, between 1972 and 1975. Using the knowledge he gained at university, he took a lecturing role at the Handelshogeschool Antwerpen from 1980 and 1987, and the Vlaamse Economische Hogeschool Brussel from 1982.

Starting his political career as the Chairman of the national Christian People's Party's youth council until 1977, before being elected a member of the national CVP's bureau, from 1978. From 1993 to 1999, Herman was Deputy Prime Minister and Minister of Budget for Belgium, roles in which he helped to decrease the country’s debt. After becoming a Belgian Chamber of Representatives in 1995, he was later voted as the country’s Prime Minister following the political crisis, in 2008.

In 2009, Herman was unanimously appointed the first full-time President of the European Council, holding the position until 2012. He was openly praised for bringing political stability after a period of uncertainty and congratulated for his negotiation skills. After the 2016 Brexit vote, Herman spoke openly about his pro-European position, despite criticism from politician Nigel Farage. Herman’s evident skills in self-belief, standing confidently by his opinions despite conflict and staying calm amongst political frustrations, are topics that he explores in his public speaking. Following this role, he was made Chairman of the Board of the College of Europe in 2019.

As a political speaker, Herman is an eloquent and knowledgeable addition to any conference or industry event. Confident in his unbiased, fact-driven opinions, he promotes personal resilience and determination in the face of conflict, to stand up for what you believe in. As a political expert, he provides a behind the scenes insight into European politics, discussing the processes for peace that he employed as President of the EU.

Listen to Herman talk about Europe, ideals and the main challenges ahead;

Back to 'Politics Speakers'
To book Herman Van Rompuy as the speaker for your corporate event, function or conference, contact The Motivational Speakers Agency using the contact details below:
Enquiry form 0207 0787 876 [email protected]
* 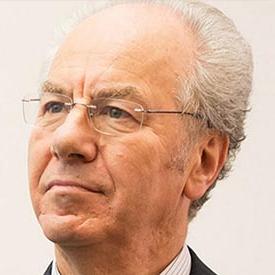