British radio presenter, journalist and author, Libby Purves is best known or presenting BBC Radio 4's Midweek. A highly regarded expert in current affairs that has the ability to entice lively and diverse debate, Libby has been part of the media industry for over two decades.

Libby was the first ever woman presenter of the Today programme, and has presented Midweek since 1983. She has also fronted numerous documentaries for BBC Radio 4 and writes for a number of publications, such as The Times. She has also released a number of her own award-winning books.

A well known name in the media industry, Libby has been awarded a number of titles through experienced career. Some of these include being named Columnist of the Year in 1999 and was appointed an OBE for services to journalism in the same year. Not only that, but Libby is a patron of the British Art Music Series Trust and has served ten years as a Trustee of the National Maritime Museum.

A passionate supporter for gay rights, Libby continously speaks out in favour of the LGBTQ community through various articles and programme discusions. A big believer that reducing any human being to a sexuality is wrong, and people should be able to freely choose their sexuality without the pressure of a label or consummation of their identity as a person.

An accomplished and experienced speaker, Libby has featured at a variety of events and thus would be an ideal choice as a speaker, event host or facilitator. Specialising in topics that surround current affairs, equality, politics and diversity and inclusion, Libby will bring stories from her career and expert knowledge coupled with wit and professionalism.

“Your input was just brilliant and was extremely well received the by the audience – who because of their varied nature could have been quite challenging at that point – but you informed, stimulated and amused in equal proportions – people loved it.”
– Eastern Leadership Centre

”I would like to thank you personally for the keynote address at the Education Conference. We have received many positive comments and know your session was greatly appreciated by the delegates.”
– General Secretary

“I am writing to thank you very much indeed for your stimulating, thoughtful and entertaining chairing of such a memorable ‘In Conversation’ event with Harriet Walter and Jill Kennington. It was a great success and thoroughly enjoyed by everyone who came. Harriet was delighted by the response to both the event and the exhibition."
– Salisbury Arts Centre

Back to 'Conference Facilitators & Hosts'
To book Libby Purves as the speaker for your corporate event, function or conference, contact The Motivational Speakers Agency using the contact details below:
Enquiry form 0207 0787 876 [email protected]
* 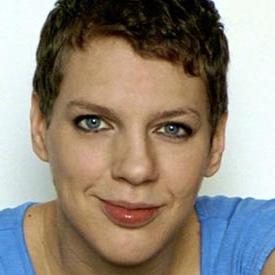